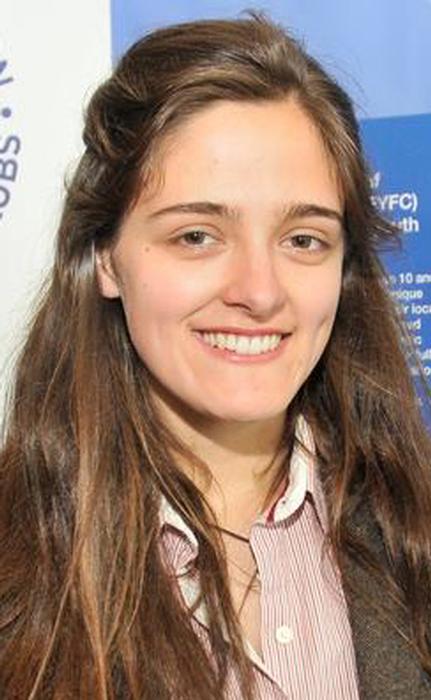 Last week we brought you the news that three out of five finalists for Agricultural Student of the Year at the British Farming Awards are from Harper Adams University. This week we are putting each one in the spotlight.

Nicola graduates from Harper Adams University on September 23 with first-class honours in agriculture. She was nominated for the award by the agriculture course team at the University due to not only having an excellent track record of academic achievement but also for making a significant contribution to the university community.

Nicola says the key to her success is determination – something she believes is essential for any new entrant to the farming sector.

“As the daughter of a fourth generation dairy farmer, farming is definitely ‘in my blood’; however not having a farm at home, I have worked very hard to gain practical experience and a sound understanding of the industry.

“Agriculture is the most important industry there is - there is nothing more important than feeding the world! Farming comes with huge responsibility, because the public trust farmers with their health every single day. I want to be part of the industry that sustains the human population.

Nicola’s determination to succeed in agriculture means she has walked through every door opened to her – and knocked on a few first as well!

In addition to serving the campus community as an ambassador, Freshers crew member, rugby team player or summer ball VIP manager, Nicola, has represented the university and her fellow students at a considerable range of external initiatives & activities. In 2014 Nicola was selected as one of three YFA (Young Farmers Ambassadors) Scholars & was awarded a NFYFC Discovery Programme Exchange Trip to Manitoba, Canada. Read more about that trip here.

In 2015 she was selected by Staffordshire YFC to attend the Oxford Farming Conference and was then selected by the Conference Directors as one of three Travel Award Scholars, who travelled to Agritechnica in November 2015, attending farm visits in Germany, particularly looking at anaerobic digestion technology, and meeting senior figures from several leading machinery manufacturers, including AGCO and Pottinger.

Nicola attended the Oxford Farming Conference again in 2016 as a Student Representative of Harper Adams. In 2016, she was of two finalists representing Harper Adams at the Farmers’ Club Pinnacle Awards for Excellence in Business Management, and she was a key member of the winning team representing HAU in the finals of the National Farm Planner competition.

Having completed her studies, Nicola is currently embarking on the next stage of her career.

“I am in New Zealand working for a year on a very efficient dairy farm and train in pasture-based milk production. I'm hoping to be able to increase my knowledge of forage growth and utilisation gained in my degree and utilise this to run a productive and low cost dairy operation in future. I am sponsored by Robert Craig, for whom I will work for when I return to the UK and continue to learn from his award winning farm and progressive herd managers.

"It was quite surreal to hear the news about being shortlisted from over here in New Zealand in the middle of calving and in the snow, which creates a lot if hard work, but it was an excellent surprise.

"I am so pleased to have been selected, it is really wonderful for me as a new entrant to be chosen and to have my efforts to move forward within the industry recognised. I had an absolutely brilliant time at Harper Adams and I hope I made the most of all the opportunities it presented. I am really glad to have been able to study my subject there over the last four years and now I hope I am moving on to even more exciting things."

Nicola added: “I aspire to be one of those farmers that takes an interest in emerging thoughts and technologies and make a difference from within the industry. I hope to become a herd manager and aim to be both progressive and business-minded, to contribute to the industry as an efficient dairy farmer.”

The other two finalists are Andrew Harrison and Gwesyn Davies. 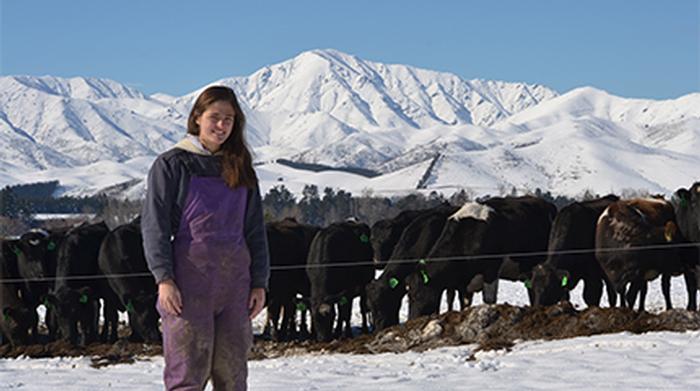