We wanted to find a way to increase the visibility of drones to other airspace users. The only problem was that we needed some way of actually testing our methods out." 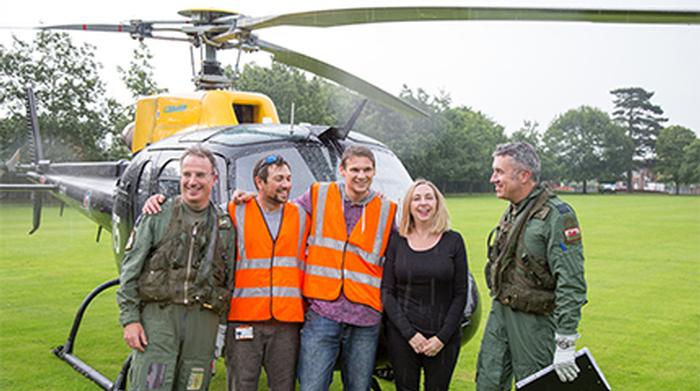 There are currently no safety legislations regarding the conspicuity of drones. The National Centre of Precision Farming (NCPF) at Harper Adams University decided to take on the role of improving the visibility of drones to help improve collision avoidance measures.

Jonathan Gill, from the Harper Adams engineering department and a qualified drone pilot, said: “Drones are now coming into a second generation, where they are actually being used to do work for us.

“These drones are being designed to work across a field and do menial tasks that we don’t generally want to do from day-to-day.

“At the moment, agricultural drones are being used at a lower height than anything else; they aren’t designed for photography, as they’re designed to work just above the crop.”

Second generation drones can be larger and weigh up to 20 kilograms. If they came into contact with another airspace user, they could cause serious damage and this is why the research by Harper Adams into additional safety aspects is so important.

Mr Gill added: “We wanted to find a way to increase the visibility of drones to other airspace users.

“The only problem was that we needed some way of actually testing our methods out.

“We agreed with our local RAF base, with whom we have a very good relationship that we would conduct a test flight where we would fly a drone whilst a helicopter flew past on a training sortie to ascertain how easy it was to see the drone.”

Peter Hlinka, engineering research assistant and ERASMUS student from Slovakia, said: “There were six stages to the test, where we tested different visual combinations.

“These were observed by three people in the helicopter; the pilot, the co-pilot and Debbie Heeks from the NCPF.

“The helicopter observed the drone from two different heights, 250 feet and 500 feet.”

Debbie Heeks, Administrator for the NCPF, said: “The experience of seeing the drone from inside the helicopter wasn’t what I had expected at all.

“Peter and I carried out lots of testing on the ground with visual combinations, but from the helicopter it was difficult to work out where the drone was.

“From the air, knowing what I was looking for, I expected to be able to spot the drone easily. From the test, we did discover a winning combination.”

Feedback from the helicopter pilot and co-pilot highlighted the challenges the research team are trying to overcome: “This flight demonstrated how busy we can be in the cockpit, looking out for other aircraft, avoiding buildings, looking out for livestock and horse riders, listening and talking on the radio, as well as concentrating on the task in hand.

“So trying to spot drones which also operate at low level is yet another distraction. It was a very productive day and I’m glad we were able to play our part.”

Unfortunately, the test had to be cut short due to a thunderstorm, but sufficient results were collected to progress the project. Using Debbie and the pilot’s feedback following the tests, the team can continue advancing the research in this area and making a major contribution to flight safety. 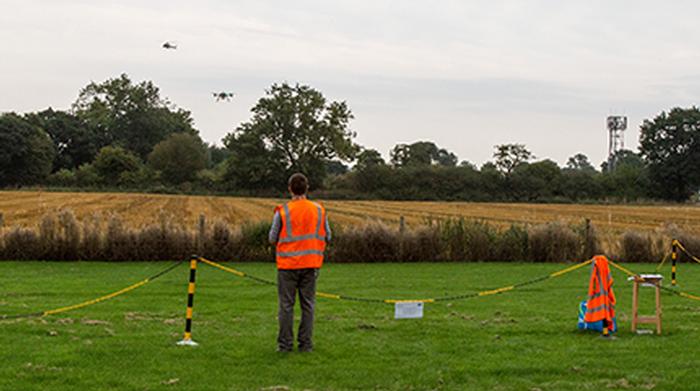 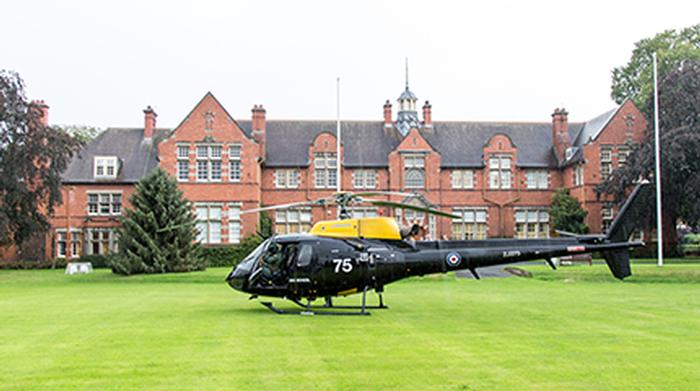