Apart from the financial reward, Andrew will have an opportunity to present his findings at the BSAS annual meeting in April 2017. Andrew graduates today with a first class honours degree in Agriculture.” 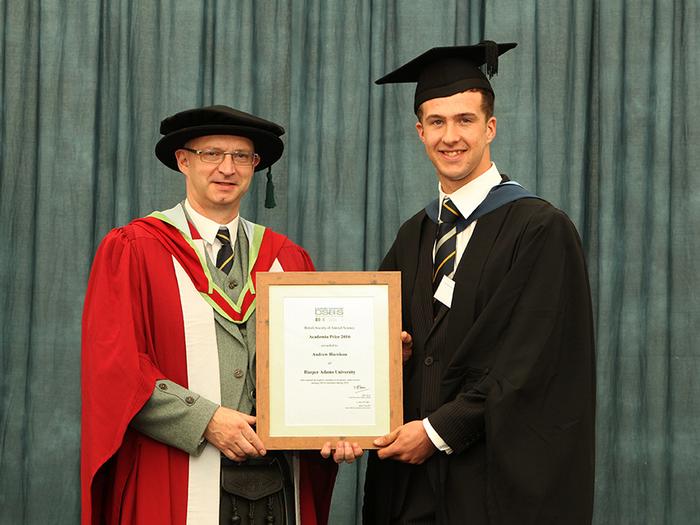 Andrew took home The British Society of Animal Science Academia Prize 2016, which is awarded to the final year student who achieved the highest mark in their honours research project and is a member of BSAS.

Andrew’s winning research project was “Diet composition and management practices on the level of sorting of total mixed rations on UK dairy farms”, and was funded by AHBD Dairy.

Presenting the award, Liam Sinclair, Professor of Animal Science at the university and President of the British Society of Animal Science, said: “Apart from the financial reward, Andrew will have an opportunity to present his findings at the BSAS annual meeting in April 2017. Andrew graduates today with a first class honours degree in Agriculture.”

Professor Sinclair also handed over the Royal Association of British Dairy Farmers/De Lacey UK Dairy Student of the Year to Andrew, who was chosen from six finalists last spring.

Andrew, who is also a 2016 finalist for the British Farming Awards Agricultural Student of the Year title, came to Harper Adams from a mixed dairy and sheep farm in Lancashire. During his placement year he spent six months studying at the College of Agriculture and Life Sciences (CALS) at Cornell University in New York State, where his classes included dairy cow nutrition.

Andrew said: “Placement did change my view on what I wanted to do to some respects but the best thing about placement for me was going away to America and learning dairy science and going to a fantastic institution and going somewhere different and doing something different and also I worked on a dairy farm for six months as well, it was good to get that practical experience as well. Such a great opportunity, fantastic.

Andrew, who worked on a neighbour’s dairy farm over the summer, is now starting a job at I'Anson Brothers Ltd in North Yorkshire as a nutritionist/technical advisor. At graduation he said: “It’s great opportunity. I’ll be doing some formulating of the feeds, going out to the farmers and sales reps and working on ration formulations. It’s quite a technical job and I’m really looking forward to it.” 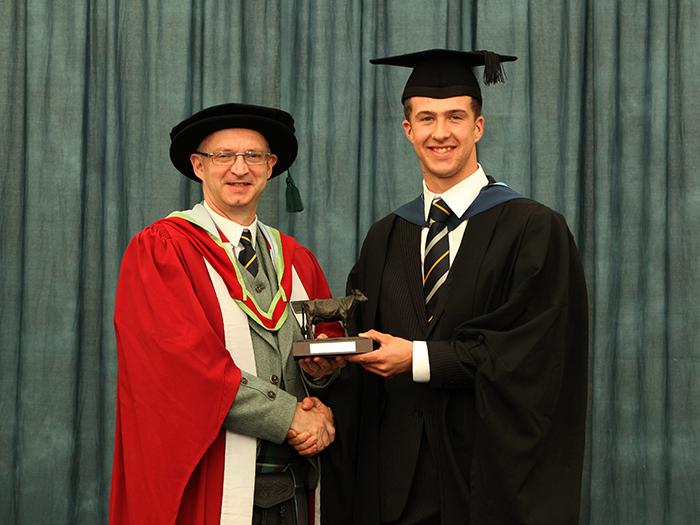 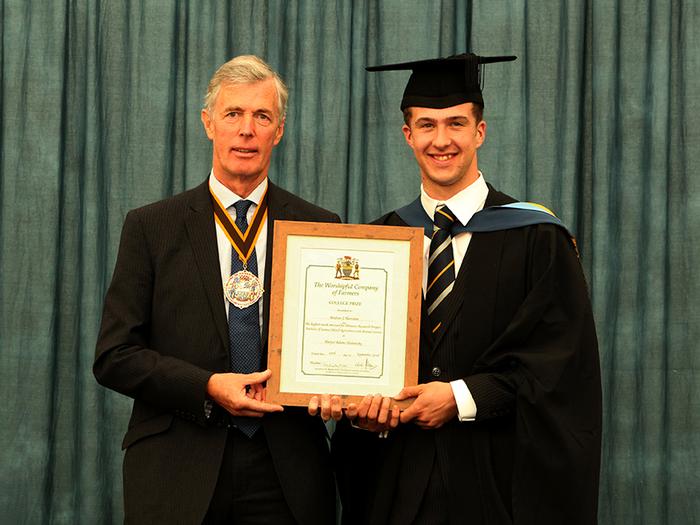