I have worked with the e-learning team to implement live streaming of face-to-face workshops." 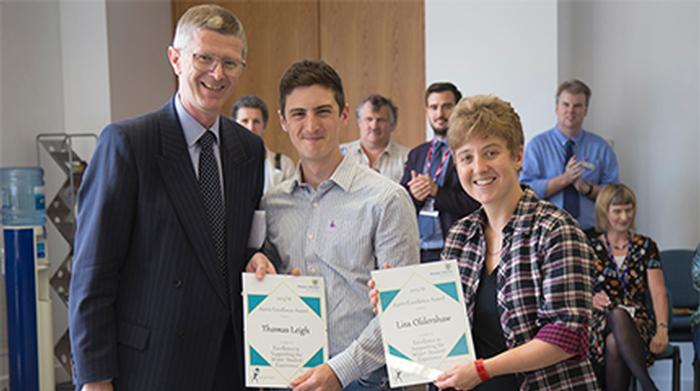 Seven members of Harper Adams staff have been recognised for their efforts in ensuring students get the best possible experience whilst at University during the annual Aspire awards.

Dr Simon Jeffery, senior lecturer was given an award under the ‘teaching excellence’ category. His students nominated him, saying he is inspirational and engaging. In particular, his students reported how he makes incredibly complex ideas accessible to them.

The other award, under ‘teaching excellence’ went to Bethan Pinhey, teaching assistant in vet nursing. Bethan was nominated for her approachable and supportive manner with students. Her students recognise the extra help she gives them through one-to-one support and thoughtful resources on the Learning Hub.

Tricia Cox, learner support officer, won an award in the ‘supporting the wider student experience’ category. In her nomination, one student said: “Tricia has a bubbly and kind personality, and has the ability to reassure, relax, guide and support you to achieve the best of your abilities.” Tricia was recognised for going beyond her duties.

A joint award under the same category was presented to Tom Leigh and Lisa Oldershaw who were described as the “perfect laboratory technicians” in their nomination. Their work in supporting students in the laboratories was seen as exemplary.

Emily Chapman-Waterhouse, lecturer, was recognised in the ‘innovating and sharing excellent practice’ category, due to efforts to make Harper Adams-led module delivery more accessible for remote, part-time PG students who are on the courses delivered in collaboration with Improve International and the ESVPS.

She said: “I have worked with the e-learning team to implement live streaming of face-to-face workshops for advanced practitioner and veterinary professional skills modules for the last two years.

“I co-presented some of the findings of our pedagogic research at the Veterinary Education Symposium this July and separately at the Learning and Teaching Conference held at Harper Adams.”

Senior lecturer Martin Wilkinson was given the Students’ Choice Award: Excellent Feedback & Communication. Martin’s student nomination highlighted his approach as being supportive, detailed and approachable. He has used a range of technologies to ensure that he can give efficient, as well as effective guidance to students.

There three recipients of the Unsung Heroes Awards. Both engineering technician Dave Coleman and pig technician Fred Baker, were both recognised for their dedication in supporting students, especially in respect to honours research projects (HRPs).

Lisa Barnett, assistant registrar, was given her award for her exemplary work which plays a key role in much of the university’s activity. 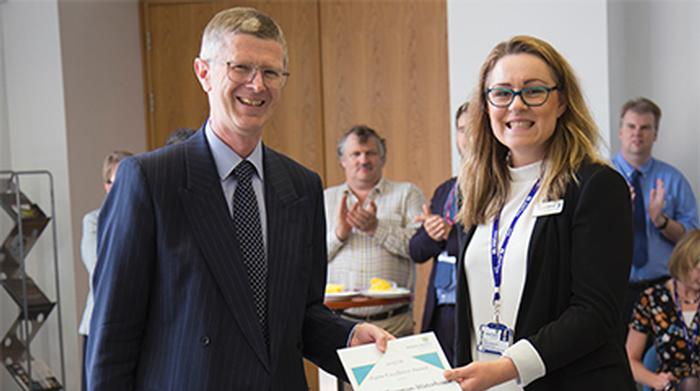