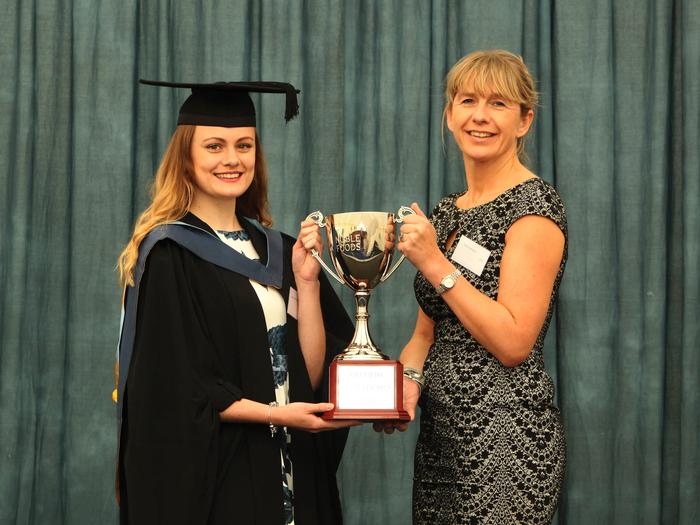 The 22-year-old BSc (Hons) Food and Consumer Studies graduate won the award because she produced the best Food Technology dissertation.

“Steph’s research, supervised by Dr Lynn McIntyre, demonstrated that the novel method she assessed was able to reliably detect and quantify Campylobacter contamination on retail chicken thighs faster than standard methods, and has the potential to be used at different stages in the poultry supply chain.”

The award was presented by Sarah Baldwin, Noble Foods.