During the first year of my business course at Harper Adams, I learnt a lot of theory. Being here over the summer, I have been able to put a lot of my knowledge and skills into practice from a marketing and business point of view."

Harper Adams students know that getting work experience as early as possible in life can help them to get ahead in the future. Students all complete a sandwich year in industry, but there are always some surprising opportunities to be found via the university careers bulletin…

Instead of having a relaxing summer holiday, and despite no previous experience of the equestrian world, in 2016 Harper Adams University business student Joe decided to take a job at Manor House Stables

Manor House is well known in horse-racing circles for its success in training winners – but also finds fame among the wider population due to being owned by former England international footballer, Michael Owen.

Set in the beautiful Cheshire countryside, the stable develops and maintains flat-race horses ready to compete around the world. Successes this year included Roudee winning the Ayr Silver Cup.

BSc (Hons) Business Management and Marketing student Joe, 19, led on PR and marketing and assisted with administration during his three months at the stables.

He said: “My experience working at Manor House Stables has been quite varied. I’ve organised events, such as a golf day which was a roaring success and included Steve Davis, the snooker player, as our after-dinner speaker.

“I’ve been to a few of the races at our local racetracks Chester and Haydock. On a more day-to-day basis I make videos for our customers of their horses in training; when they’re going around in the trotting ring, going up the gallops and picking grass afterwards. The videos allow the customers to see the progress their horses are making,” said the student from Whitchurch, Shropshire.

“I have been keeping customers happy. We give them something they wouldn’t get from other stables; and that’s where the videos come in, which have been a large part of my job.

“During the first year of my business course at Harper Adams, I learnt a lot of theory. Being here over the summer, I have been able to put a lot of my knowledge and skills into practice from a marketing and business point of view.

“This summer placement has prepared me for my placement year, which is the third year of my course, and also put me in a stronger position for returning to university for my second year.”

The stables have a range of facilities to help with training the horses, including a mile and quarter gallops and an equine swimming pool. Heading-up the training team and programme is respected racehorse trainer Tom Dascombe.

Mr Dascombe said: “Summer is a busy time here with communications. Joe has developed and matured a lot this summer. He came in a bit green and I told him that the only skills he would need were just to get on and common sense.

“He has shown both, working hard doing a variety of jobs, from taking photographs or filming the horses on the gallops, emailing owners, to driving to the races. He has performed each task really well.

“Coming into a place like this is a life skill. It helps develop young people into just getting on with it.”

By the end of the summer Joe was even riding horses himself, taking instruction on the stable’s pet horse, Colin. 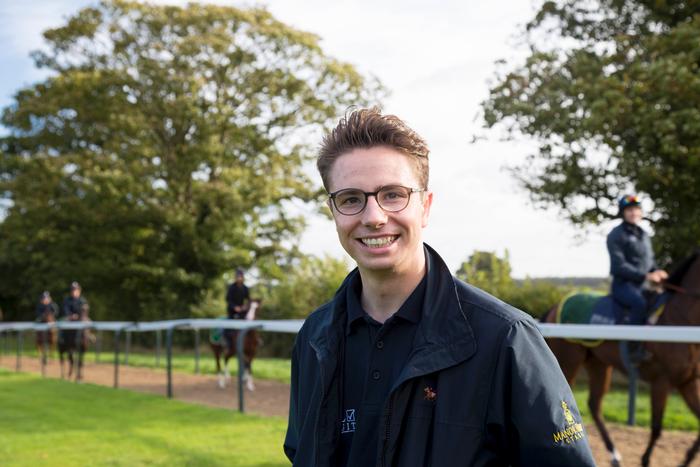 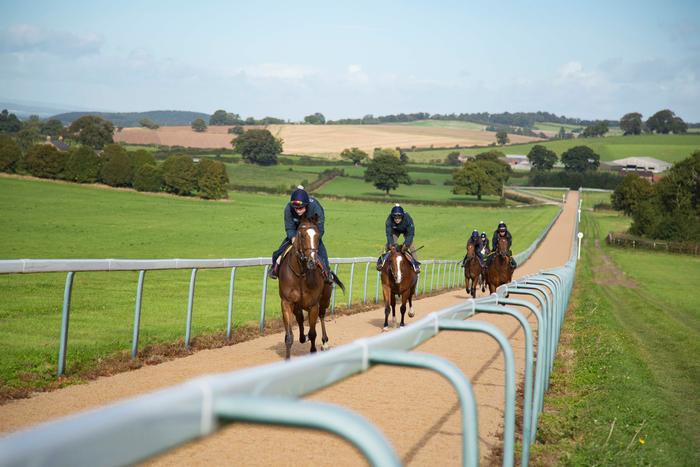 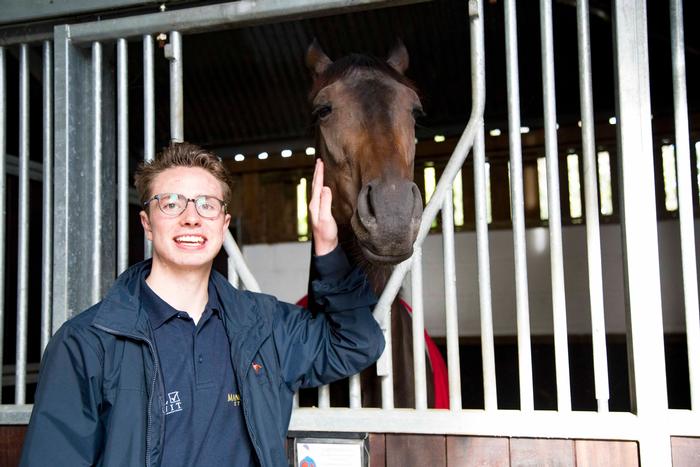