The inspiration for my entry came from me wondering one day when looking down the microscope how fleas must perceive their world." 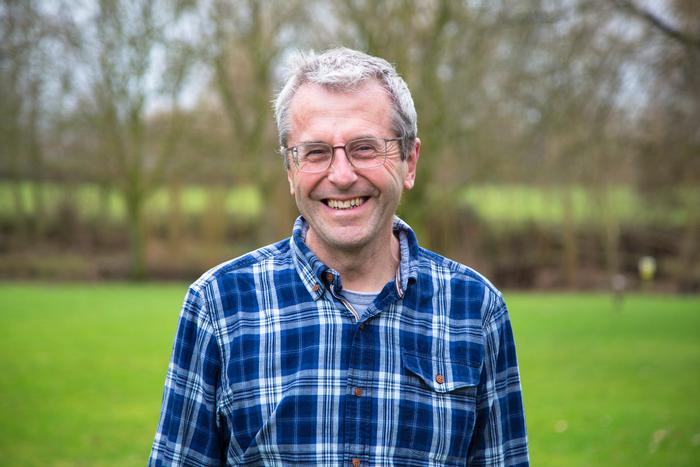 After retiring from the veterinary profession last year, Chris Edwards decided that he wanted to make the most of his spare time, leading to the decision to study entomology at Harper Adams University.

Being a student, the 58 year-old took-up the opportunity to enter the Royal Entomological Society Student Award 2016, and has come second for his entry called: My life as a cat flea.

Chris, from Newport, Shropshire, said: “While working as a vet in Newport, I saw a lot of dermatology cases, the majority involving parasites including fleas.

“When I retired a year ago, I decided that I wanted to return to education. With my interest in insects, seen in my garden and the various parasites that I saw on my small and large animal patients, the course at Harper looked very interesting.

“I came to an open day at Harper; it was my first visit for 10 years since I used to visit the farm unit treating the animals, and met Professor Simon Leather. It was interesting to note that his office is where we used to lamb the sheep! After speaking to him, I decided to come and study PgD Entomology.

“I’m really enjoying the entomology course. The biggest learning curve has been improving my limited computer skills. It’s now very different from when I studied my first degree at Liverpool in the 1970’s, when there were no computers, to find references you had to look for them in books and journals and handwritten work was submitted, with frequent criticisms of illegibility.”

For his entry into the Royal Entomological Society Student Award 2016, Chris explored the world of a flea. Chris added: “The inspiration for my entry came from me wondering one day, when looking down the microscope, how fleas must perceive their world.

“There’s debris, dander and other microscopic arthropods; stuff down there that we wouldn’t naturally think about.

“One day at the surgery, I found an old cat basket and I wondered what was inside. I emptied it onto a piece of paper which I then inspected under a microscope. I could see mites, flea larvae and spiders moving about.

“They had been living in the basket, their own little world; predating each other and scavenging food debris left by the long departed cat. It’s quite interesting what lives in a cat’s basket and people don’t think about that, and that’s why I wanted to write a story about it.

“People normally think that fleas live only on their pets, but actually the majority of eggs, larvae and pupae live in the environment, providing a regular source of re-infestation for the animal and human!

“I had a reputation while working as a vet that if a dog or cat came in, I would whip out the flea comb and comb the animal while talking to the owner.

“The client would also say their pet didn’t have fleas, but I would invariably find one with the flea comb. I once got over 70 fleas off a cat that wasn’t scratching but the owner’s dog was. It is surprising how many times in dermatological cases that fleas are implicated.”

Professor of entomology Simon Leather said: “I was very pleased to see how well Chris had done in the competition.

"It’s nice to see someone who has done one thing for their whole life, come and decide to learn something new and do so well at it. It just goes to show that one really is never too old to learn new tricks.

“It’s great to see Chris so stimulated by his studies and taking the opportunity to enter this competition and compete against an international field.”

For coming second place, Chris received £300 and will have his article published in the Royal Entomological Society’s magazine ‘Antenna’.

Applications are now being accepted for the 2017 Student Award. Look at the competition page to learn more.