We work hard to make university life for our students enjoyable and fulfilling, so to be recognised in this way, based on their feedback, is fantastic news!" 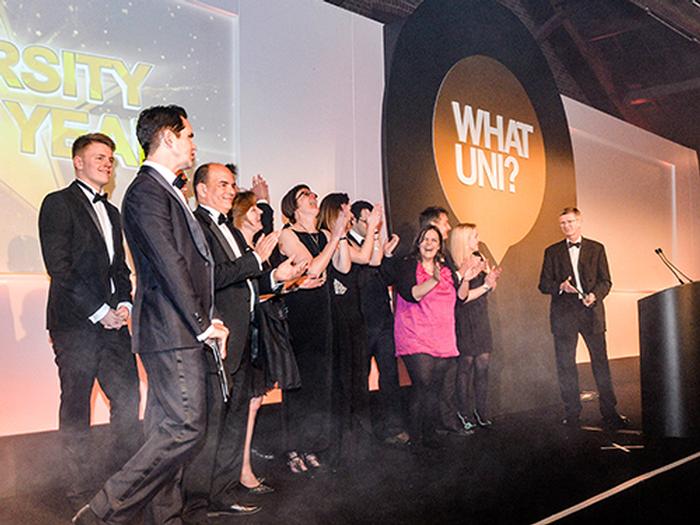 The Whatuni Student Choice Awards shortlist has just been released – and Harper Adams is a finalist in nine out of 12 categories.

Harper Adams, which scooped University of the Year in 2016 alongside a raft of other gold, silver and bronze awards, is in the top 10 for Accommodation, Clubs & Societies, Course & Lecturers, Job Prospects, Students’ Union, Facilities, Support Services, Giving Back and, for the third year running, the overall University of the Year award.

Commenting on the Students' Union category success, Harper Adams SU President Freddie Hammond said: "Being short-listed again this year is a testament to the hard work and effort put in by all staff and Student Execs. We have achieved some massive milestones in the past 12-18 months and we have some very exciting ones yet to come, none of which would be possible without the support of our Trustees, University Senior Management and, of course, our SU Members."

To compile the shortlist, a team of Whatuni review collectors visited 130 universities, travelled more than 25,000 miles and spoke to more than 27,000 students. The rankings are based on averages taken from tens of thousands of reviews submitted by students and published on Whatuni.com.More than 26,000 reviews were collected; 127 universities met the minimum threshold to be considered for a Student Choice Award; and 44 universities have received a nomination in one of the 12 categories.

Harper Adams Vice-Chancellor Dr David Llewellyn welcomed the news, saying: "To be shortlisted in 9 of the 12 categories in the WhatUni Student Choice Awards this year is a major achievement, and we are grateful to the students who provided such positive reviews of their experience at Harper Adams. We work hard to make university life for our students enjoyable and fulfilling, so to be recognised in this way, based on their feedback, is fantastic news!"

Marcella Collins, Managing Director UK, of Whatuni.com parent company Hotcourses Group, added: “One of the most common criticisms we hear from students is that it’s too difficult to navigate the HE landscape, so this has become our driving force. We present critical data to students in a way that’s easy for them to understand and helps them make life-changing educational choices.

“The new Giving Back category is especially meaningful to the Hotcourses Group, as our Foundation has a long history of providing access to education for thousands of children who are affected by HIV in Kenya. Hearing from students about what their universities are doing to change the world for the better has been inspiring and we look forward to recognising these efforts at the awards on 6 April.”

The official 2017 Whatuni Student Rankings will be announced on 6 of April at a ceremony in London.  You can follow all the action on the night with the hashtag #WUSCA.