"He has devoted his life to agricultural engineering education, training and research" 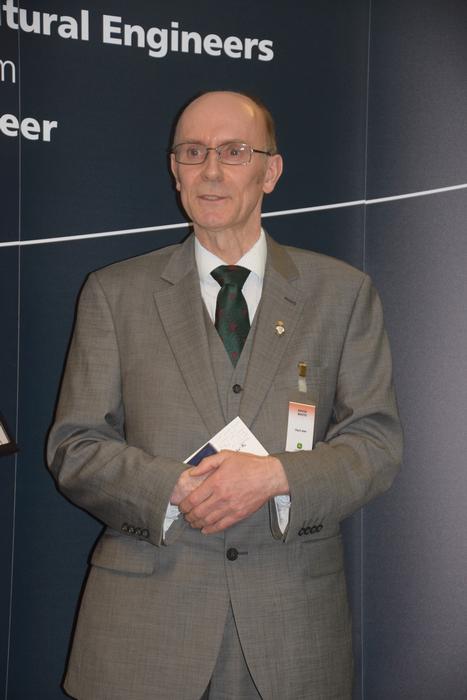 IAgrE is the professional body for scientists, technologists, engineers, academics, managers and students working in the land-based sector. The organisation held its annual awards this year at John Deere’s UK headquarters at Langar, Nottinghamshire.

Senior Lecturer David White won the award for contribution to the land-based sector. His award citation read: “He was appointed as a Lecturer at Harper Adams in 1989 where he has focused on: teaching engineering mechanics, soil dynamics and mathematics in the undergraduate programmes; the supervision of undergraduate and postgraduate research degree projects; the delivery of professional development courses such as the BASIS Soil and Water Management.

“Since 2011 he has been heavily involved with the design and execution of the major long term Tillage and Traffic project at Harper Adams and its sister programme at the University of Illinois. He is also part of the team attempting to mechanise the production of daffodils on Welsh mountainsides, from which galanthamine can be extracted to help fight Alzheimer’s disease.

“…He has devoted his life to agricultural engineering education, training and research for a total of 35 years and consequently has made a very significant contribution to the landbased sector and influenced many 'young' agricultural engineers who are currently operating in design and management positions throughout the industry worldwide.

“He is an excellent ambassador for the profession and as such a very worthy recipient of the Contribution to the Landbased Sector Award.”

David said: “I would like to thank the Institution of Agricultural Engineers for the award. It was and honour and a privilege to receive it and the certificate has pride of place on my desk at home.”