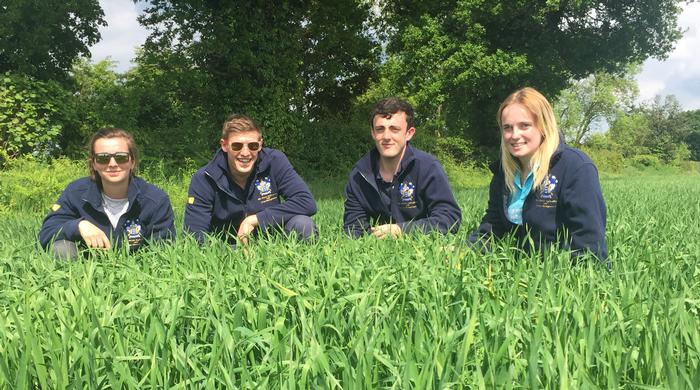 Delays to sowing caused by a wet spring have resulted in the Harper Adams University Cereals Challenge team changing the fertiliser strategy for their spring barley.

The team was working with a crop of Scholar feed barley on heavy clay soil. The original plan was to apply ammonium sulphate blend along with triple superphosphate onto the seedbed, followed by a second application of ammonium nitrate, to push yield as the primary aim.

However, spring conditions caused a challenge. “Wet ground during March meant travelling was difficult and sowing had to be delayed until mid-April,” said Team Manager Helen Brown. “So our team decided we needed to change our nutrient recommendations accordingly, to ensure optimum use of inputs”.

The new plan reduced total nitrogen rate, and applied all the ammonium nitrate and phosphate to the seedbed before drilling, cutting out the second application. The team believed the warmer weather later in the spring meant the crop would progress through growth stages quickly, so a decision was made to get all the nutrients on as early as possible to aid crop establishment.

Explaining why the sulphur was dropped, Rebecca Creasey said: “Once we had decided to only use one application, we concluded the sulphur wasn’t needed as it would exceed maximum recommended application, and the heavy soil meant low deficiency risk anyway.”

The switch is expected to result in a saving of £148/ha in fertiliser cost, plus additional savings from not conducting the second application.

The later sowing date also meant that black-grass pressure, which was initially very high, was reduced. Team member James Whatty, whose experience in black-grass was developed during his placement year in Oxfordshire, said: “Spring cropping is an important tool for black-grass control, and although later drilling may have reduced our yield potential, this will be counter-balanced by reduced black-grass pressure and financial savings.”

“This has been a particularly interesting challenge for us, adapting to weather changes and altering our original plan to maximise crop yield and save money. Our focus now turns to summer aphid control, thanks to high aphid populations being seen,” added the fourth team member Joe Bagshaw.

The 2017 Cereals Challenge is organised by Hutchinsons and Velcourt. Eight teams from agricultural universities and colleges throughout the UK have been competing to produce the most successful "virtual" spring barley crop. 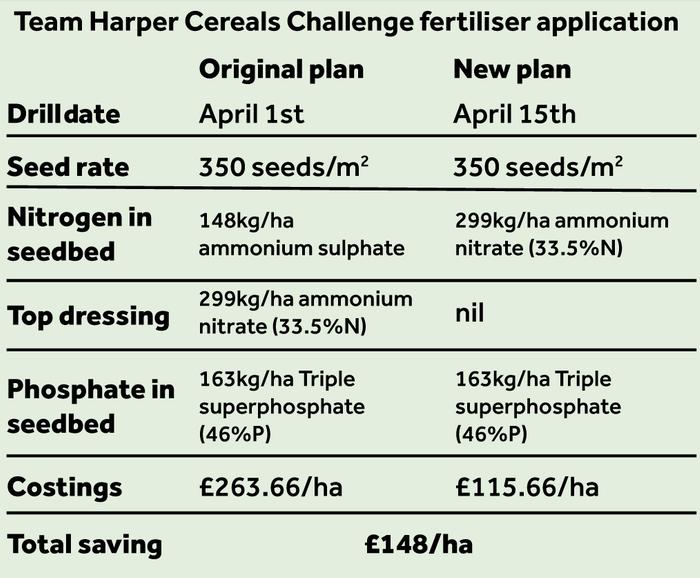