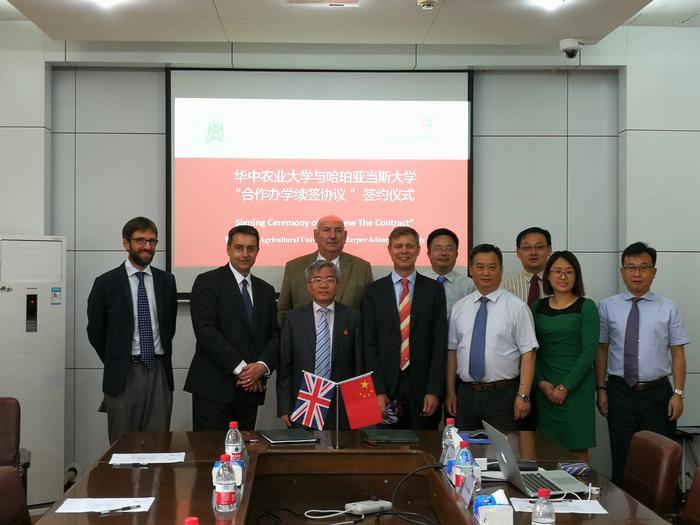 On 23rd and 24th May, Andy Jones - Director of Learning, Teaching and International - attended the ‘Signing Ceremonies’ at two partner universities in Beijing and Wuhan.

The agreements were re-signed for a period of five years, following successful re-validation events in April as part of the undergraduate Curriculum Review 2017. The courses are managed by Sandra Turner with the partnerships overseen by Keith Walley, both of whom make regular visits to the partner institutions and have successfully led the re-validation of this provision.

Harper Adams and Beijing University of Agriculture have been jointly delivering two Honours degrees in ‘International Business Management’ and ‘Food Quality with Retail Management’ for more than ten years. The renewed agreement takes this successful partnership forward for another generation of students who spend their final year studying at the Harper Adams campus in Shropshire.

This partnership has been operating for four years and their ceremony was also attended by Nick Whittingham - Consul General for Wuhan, British Council officials and Peter Bloxham and Haiqi Wang from the Harper Adams China Office. 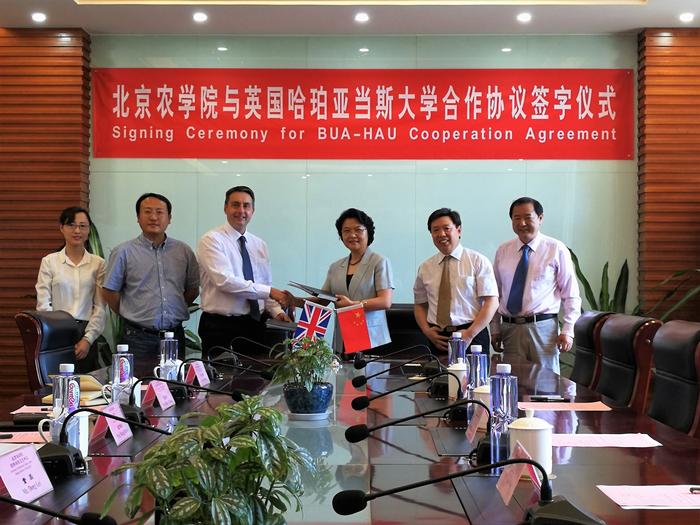