"I’d like to input as many things as possible into the company that I’ve learned during my years at Harper Adams; whether it’s programming, hydraulic and fluid design, FMEA, or just the various business elements." 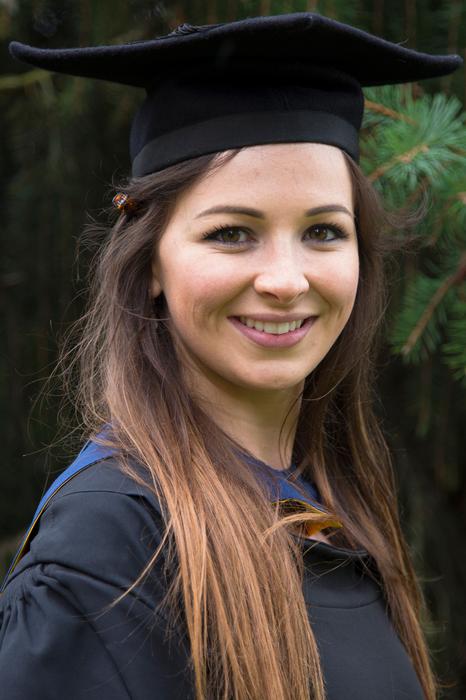 Alison Skea has graduated from Harper Adams University with BEng (Hons) Agricultural Engineering and is now working in European sales following her international experience during her placement year.

For her placement year, Alison secured a position with multinational company CLAAS and worked at bases in the UK, France and Germany.

The 25 year-old from Forfar, Angus, said: “I started my placement by working at CLAAS’s UK headquarters near Bury St Edmunds. I spent about four months working there, not only in the workshop but also out in the field and with their technical department. I worked alongside engineers who’d come from Germany and we were working on some of the insulation around the engine of one of their combine harvester range.

“I then went on to work in France for six months at their base in Velizy, just outside of Paris, and that’s where their main design department for their tractor range is.

“I was working in the product management department which involved communicating between the dealers and the researchers in the department. The dealers would tell us what they would like to see, and we would see if it was feasible with our research and development department, and also consider the finance and budget.

“Then I went out to the global HQ in Harsewinkel, Germany, where I spent a further six months. I worked on engine insulation again in the advanced engineering department.

“I’d already been able to speak French before going on placement but I was also given the opportunity to go through a German course while out in Germany and that’s what’s really spurred me on to what I’m doing today.

“I’m now working for the family business Sandstone, which designs and manufactures potato harvesters, in European sales. One of our biggest markets is France, so I’m getting stuck in there and setting-up dealerships and selling products.

“The knowledge of hydraulics and electronics that I’ve acquired at Harper will help me to understand and improve our own system. I’d like to input as many things as possible into the company that I’ve learned during my years at Harper Adams; whether it’s programming, hydraulic and fluid design, FMEA, or just the various business elements.

“My father is part of the reason for my interest in engineering. I’ve grown-up in his workshop and so have always had an interest in the area, and I also come from a farming background. I’ve always tried to work out how things work. My dad has always been there spurring me on.

“The BEng Agricultural Engineering programme at Harper was a very tough course but I’d like to express my deepest gratitude and thanks to the lecturers, especially those who I’d approach time after time for advice and to ask questions to.”