"It was a topic that really interested me and lots of other people as we’re all users of social media. I wanted to see if it actually impacts our food choices and what we decide to cook." 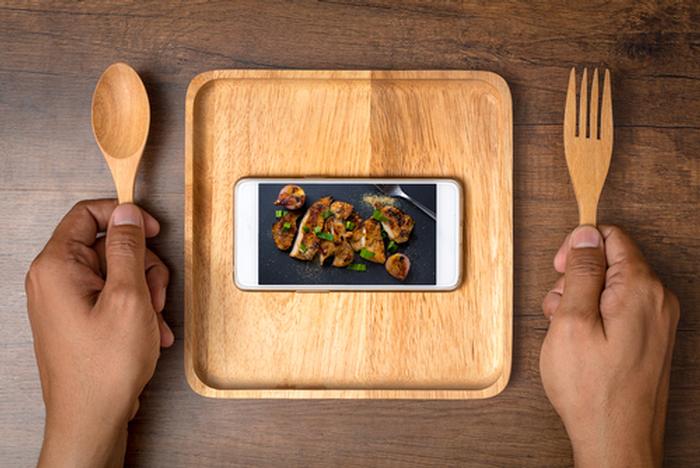 Hannah, 23, from Bristol, Gloucestershire, had the idea of seeing what affect food-related posts on social media had over what people ate before she came to university.

She said: “It was a topic that really interested me and lots of other people as we’re all users of social media. I wanted to see if it actually impacts our food choices and what we decide to cook.

“From the survey that I conducted for my dissertation I found that even though most of the respondents (71 per cent) were sceptical about the reliability of the information on social media, they still enjoyed reading it. Subsequently the question arises as to whether this information subconsciously impacts their decisions and influences them.

“Out of the social media platforms Facebook, Twitter and Pinterest, longer written pieces, such as news articles and pieces relating to food and health, Facebook was the most popular (60 per cent) and had the most significant influence on people’s food choices. The main reasons for this are that it provides more pictures and videos so the users could visualise it, and that most of their friends and family use it.

“Something that I found really interesting was that a large proportion of respondents in the study stated they never looked at food topics on blogs. This is surprising due to the rise in popularity of blogs and many celebrity users and companies now use them to post information. However, the respondents may access blog posts via other social media platforms, for example clicking on a link on Facebook, which directs them to a blog post, without realising it.”