“I’m really honoured to be recognised by the BPC. I was shocked and excited to hear I had won, I didn’t think I’d be chosen out of everyone in the UK.” 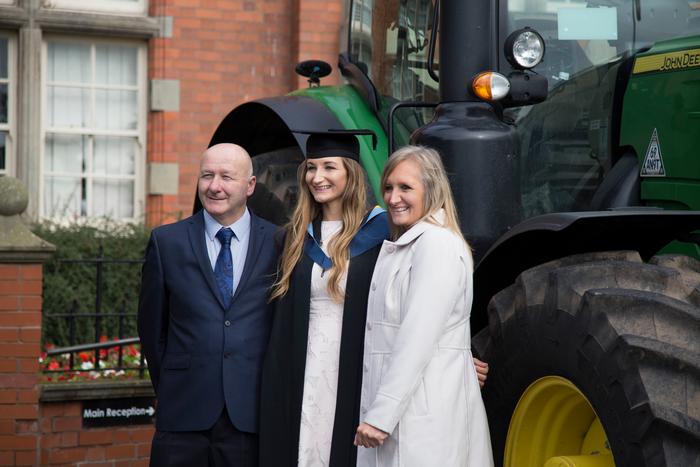 The recent Harper Adams graduate completed the BSc Bioveterinary Science course with first class honours and was nominated for the award by her dissertation supervisor, Reader Dr Vasil Pirgozliev for her final year research project entitled: The effects of two dietary phytonutrients betaine and sotolon and coccidial vaccination challenge on broiler chicken performance and gut health.The research project consisted of raising 480 male broiler chickens over one month with eight different treatment groups within the project.

Lucy said: “I’m really honoured to be recognised by the BPC. I was shocked and excited to hear I had won, I didn’t think I’d be chosen out of everyone in the UK.”

Lucy now works for Kilco International Ltd as a poultry biosecurity field technician for South West England. One of her ambitions is to become a director of a company in the poultry industry.

She said: “Winning the BPC Scholarship Award will give me more opportunities and connections within the industry to progress my career.

“The scholarship will enable me to carry on with poultry research and my aim is to complete a Nuffield Scholarship in the future.

“The area of research I’m really interested in is Coccidiosis, as this disease will always be present in the poultry environment.”

Lucy will be presented with a medal and £1,000 to further her career in poultry research at the BPC Awards ceremony in the House of Commons Members’ Dining Room on Tuesday 5 December.

In addition to the winning the BPC Award, Lucy also received the Roberts’ Prize and the Taylor McNally Award for her honours research project when she graduated from Harper Adams in September, and presented her findings at the World Poultry Science Association (WSPA) earlier this year.