"The people who are engaged know that the potential of leaving with no trade deal is seismic, but there are many who are not at that table." 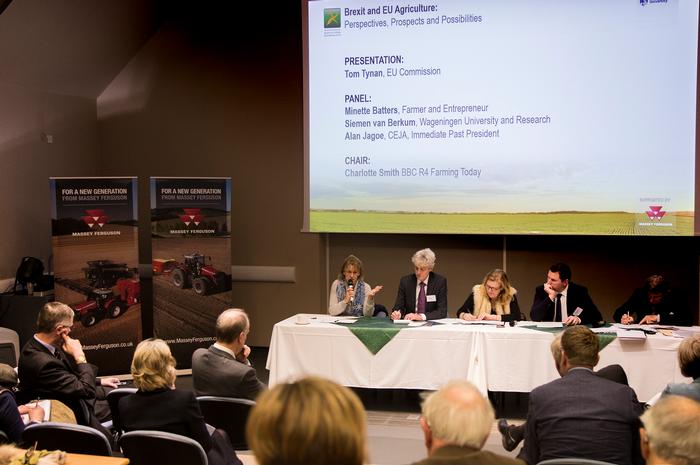 The importance of maintaining an open border between the UK and the Republic of Ireland, plus the need for agriculture and food to come to the forefront of trade negotiations were key topics during two days of Brexit-themed talks and a debate at Harper Adams University.

Both Justin McCarthy and Tom Tynan focussed on the inter-dependent relationship between the UK and Ireland, particularly in terms of cross-border agri-food supply chain business. Negotiations on the Irish north/south border are in the process of being resolved before Brexit talks can move to phase two - during which trade deals affecting the agricultural supply chain will be addressed.

“The invisible land border has been crucial to economic development,” said Mr Tynan. “A hard Brexit will hit cross-border trade the hardest of all. This is not an Irish problem, it is an EU problem in Ireland. Peace in Northern Ireland was a European achievement, so safeguarding that achievement is not just an Irish, British or Northern Irish obligation, it is a European one too.”

Mr McCarthy said: “Trying to take Britain out is like trying to take an egg out of an omelette. It is just so interwoven, it’s practically impossible… It was growth in the British economy that dragged the Irish economy out of recession. A one per cent shift in GDP in Britain affects GDP in Ireland by 0.3 per cent. Our economic success or failure depends very much on what happens in the UK.

“A billion euros of trade every week crosses that little strip of water. There has been a lot of focus on the north-south relationship and the land border. But the actual trade is done from east to west: 250,000 Euros, every minute of every day, of trade. Anything you do to slow that trade down is a huge, huge problem.

Even if you have to slow lorries down at a port for checks – for a business that works on margins of two to three per cent, the best case scenario is that it’s going to add costs of about seven to eight per cent.”

The need for agri-food matters to be debated, considered and progressed, at home, farm and political levels, quickly emerged as a key theme in the BGAJ debate.

“Brexit is the talk of the town in the UK but it’s not in the Netherlands. Only the well informed are talking about or know anything about it,” explained Siemen Van Berkum, economic researcher from Wageningen University.

“There are a lot of people in the UK who are not interested because they have got bigger challenges in their lives to deal with,” added Minette Batters, NFU Deputy President, who joined the panel from her perspective as a farmer and entrepreneur.

“Most farmers have had an enhancement payment last year and they are going to have a bigger enhancement this year. Commodity prices are up so Brexit hasn’t hit farm level yet. The people who are engaged know that the potential of leaving with no trade deal is seismic, but there are many who are not at that table. On that basis, we are totally reliant on our political representation.”

But the picture in Ireland is different, said Alan Jagoe, immediate past president of CEJA, the European Council of Young Farmers. “Contrary to the Netherlands, Brexit dominates the dinner table, the breakfast table, meetings, outside church, matches, you name it. That is because of the highly dependent nature of Ireland on the UK economy.” Mr Jagoe voiced concern about farming either side of the Northern Ireland/ROI border.

“Ultimately, it’s going to be us as farmers who are going to carry the can for Brexit. Because it’s going to lead to higher costs for us farmers and will reduce our profit margins. It’s going to weed farmers out of the system. The consumer will not pay any more for food. The processor won’t carry the can, the retailer certainly won’t. So who will the extra costs fall back on? These are things the farmers are going to have to face.”

So what should we all be doing to support the future of UK farming?

“We need to be encouraging farmers to make sure they are as efficient as they possibly can be,” said Minette Batters. “We all have to eat and we have 65 billion-plus people in this country. On that basis we do have a great opportunity.

“I see it as our opportunity, as the NFU, and also the Government’s opportunity to show how a decent cap reform can work. So much depends on trade, but this is our UK opportunity – we want to be global leaders so now is Michael Gove’s chance and we need to charge him with the right ammunition.”
Alan Jagoe agreed. “There is an opportunity now for the UK farming industry to devise and design a UK CAP that they want to have. The biggest issue then is that it needs to be properly funded. The CAP isn’t perfect but you need to put in place plans to protect the industry going forward in the long term, not just the near term.”

Mr Tynan also said he and colleagues were making it very clear to member states that they needed a functioning farm advisory service. “Because knowledge and what comes out of this great institution [Harper Adams] is no use unless it makes its way to farmers. We will be making sure that happens.” 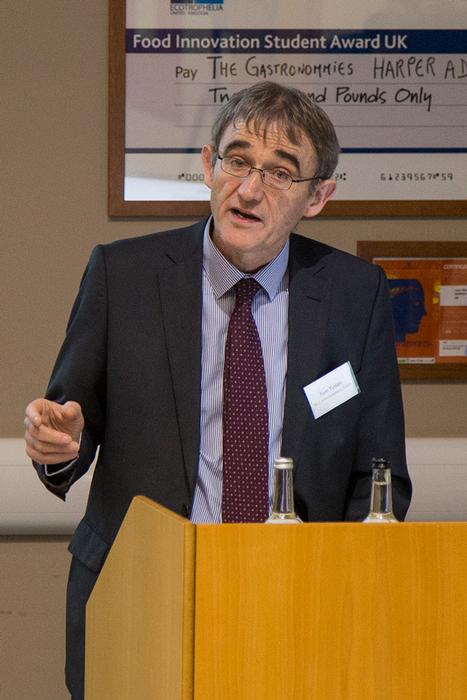 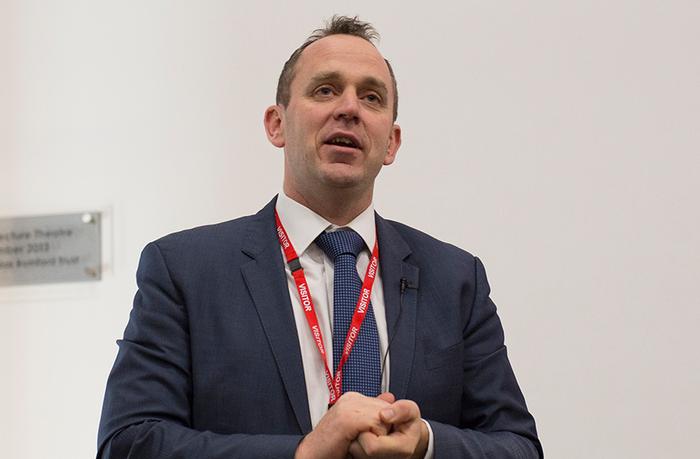