"You’re the future of the livestock auctioneering industry, an industry that celebrated its 200th anniversary last year." 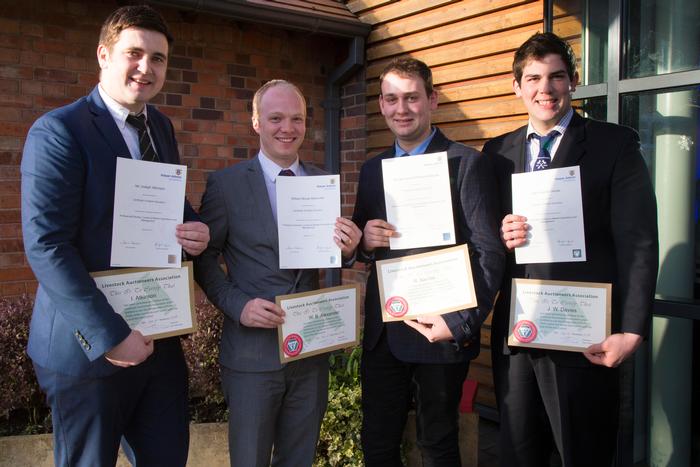 The students completed Certificates of Higher Education in Professional Studies for Livestock Market Operations and Management, after spending four years working towards the qualification while in full-time employment.

During the graduation event, Mark Simcock, principal lecturer at Harper Adams said to the graduating students: “You’re the future of the livestock auctioneering industry, an industry that celebrated its 200th anniversary last year. An industry that in 2016 saw 152 livestock auction markets operating across the United Kingdom, with a combined turnover of £2.2 billion and selling more than 12 million sheep, 1.6 million head of cattle and 150,000 pigs.

“Livestock markets provide a vital service to all the farmers and producers across the United Kingdom. The connections and discussions you have with the farming community on a daily basis is unrivalled in any other industry.”

Following Mark’s speech, Vice Chancellor Dr David Llewellyn added his words of congratulations: “Completing this course, while working, and acquiring vital skills along the way, is a major element of success.

“They’ll help you to be able to steer your businesses, and the wider livestock market industry, through the challenges it now faces, particularly those arising from negotiating new trade agreements and the reforms to farm support in light of Brexit, this is really vital for the future of the industry, never will it be more important to be able to plan for the future. So your graduation today is very timely.”

The ceremony welcomed representatives from the Livestock Auctioneers Association (LAA) and the Institute of Auctioneers and Appraisers in Scotland (IAAS) – both of which the course provides a route to membership. Current students and academic staff were also invited to join in with the celebrations.

Fellowships for the LAA were also awarded to the students, as part of the graduation ceremony.

John Brereton, chairman of the LAA said: “On behalf of the LAA, I’d like to thank Harper Adams for this course. We think it’s an excellent course. The feedback we’ve always had back from the students has been excellent.

Andrew Wright, executive secretary of the IAAS concluded the introduction speeches. He said: “All the politicians are saying now is that change is inevitable. I think it’s up to us, and you, the young people coming through our industry, to really lead our auction markets through this changing time.

Over 80 students have enrolled on the programme in total and following this week’s graduation over half of those have graduated. Graduation day also saw the welcoming of 11 new students to the course. 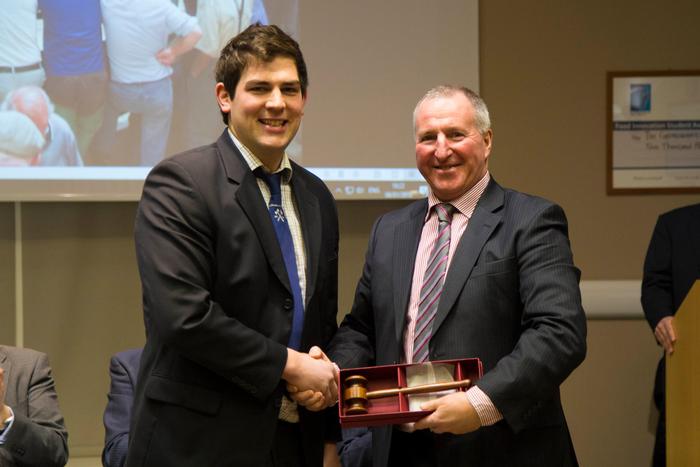 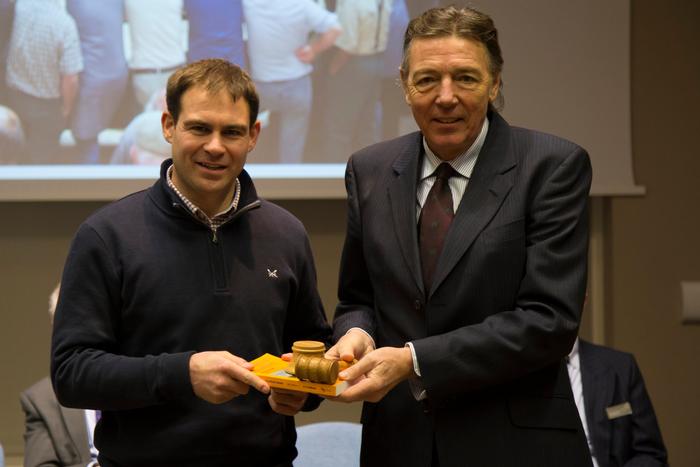