"Our goal for 2017 was to finish the season, but we managed to do even better by achieving third in the Cadet Cup class consistently and were first in class and 14th overall in the last round on the Isle of Man, which was a massive high to finish on." 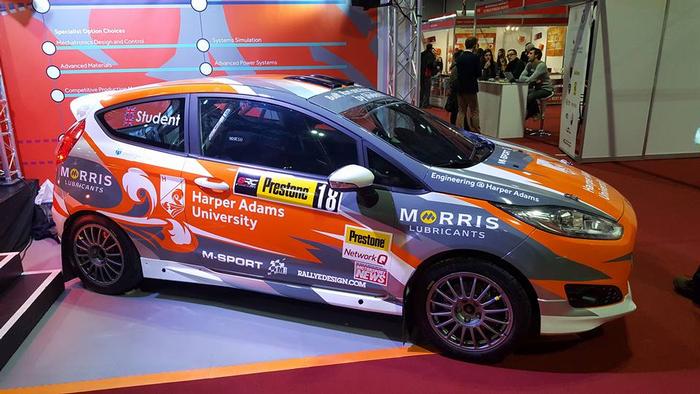 Harper Adams Motorsport is heading into its second Prestone MSA British Rally Championship with a leap in competitive level and an improved car.

At the Autosport International event last week, the student team unveiled their new car livery and announced that they will be stepping up from cadets to the Junior class this year, in a Ford Fiesta R2T, thanks to a new deal with key sponsor M-Sport.

Last season they finished fourth in the cadet championship in a Fiesta R2N, loaned to the students by M-Sport, and also competed at World level in the Wales Rally GB.

The company supplied the car shell and a kit, leaving the engineering students to do the rest. The motorsport giant has now agreed to supply an upgrade kit for the car to be converted into an R2T for the 2018 season. This time, however, they have been invited to work alongside the M-Sport Poland team to prepare the new engine. A trip to Poland is planned early in the new year.

“Our meeting with M-Sport couldn’t have gone much better,” said Gareth Clarke, who will be stepping up from sponsorship manager to co-driver to James McDiarmid in 2018, because predecessor Max Haines-Messenger has now graduated.

M-Sport is to continue its support and is supporting upgrades to the car. They were happy with what we achieved this season and how we conducted ourselves.

“Our goal for 2017 was to finish the season, but we managed to do even better by achieving third in the Cadet Cup class consistently and were first in class and 14th overall in the last round on the Isle of Man, which was a massive high to finish on.

“Max was overall second co-driver in the championship and James was the overall fourth driver. They are scored individually and a lot of the other drivers swapped their co-drivers during the season, whereas Max stayed with James throughout.”

Harper Adams Motorsport team has been supported every step of the way by Shrewsbury-based Morris Lubricants, one of Europe's leading oil blenders and marketers.

The company began its association with Harper Adams Motorsport when the team was launched four years ago. Now the team is supported through the Morris Lubricants Racing (MLR) ambassadors programme and the company has been impressed by the students’ venture into the British Rally Championship.

All but two of the students involved in the motorsport team are studying for a Masters degree in engineering. In addition to the the driver and co-driver, there are five mechanics and team manager, Will Coldicott. Many other students also provide support during prep and build phases.

Dividing their time between their studies, preparing the rally car and organising the logistics of competing in rallies across the UK and as far away as Belgium is a major challenge.

The conflicting demands on their time often leave them with a dilemma: studies or rallying. In fact, the students had to pull out of the third rally of last season because they had an important exam the 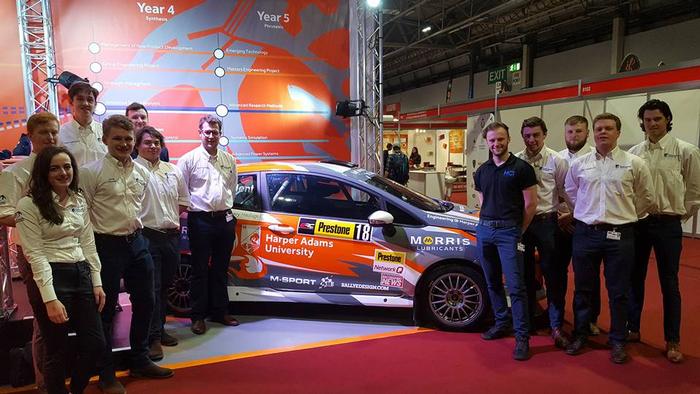