"When I first launched the magazine, I thought only ten people were going to read it. Now, it’s had over 1300 ‘reads’. I can’t believe how well it’s doing!" 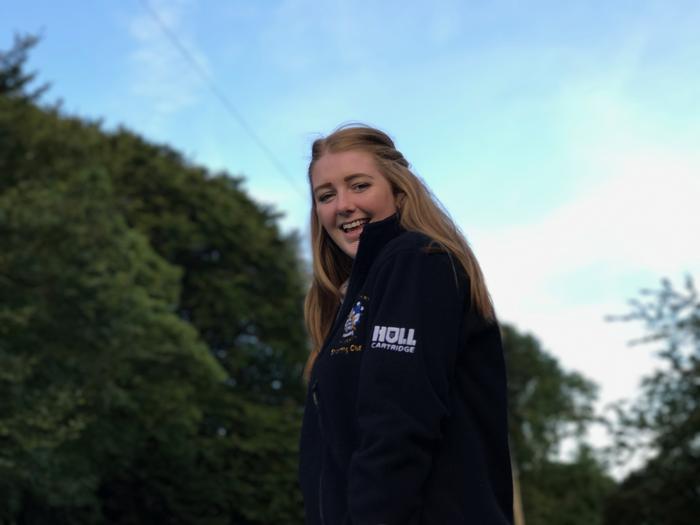 Harper Adams University BSc (Hons) Agriculture student Emily Hickman has launched an online farming magazine, which focuses on people in the agriculture industry, while studying full-time for her degree.

Emily, 22, from Prestatyn, Denbighshire said: “When I first launched the magazine, I thought only ten people were going to read it. Now, it’s had over 1300 ‘reads’. I can’t believe how well it’s doing!

“I began writing about agriculture while studying English Literature at A level. That is when I started my blog; lifeandthecows. It was a great way of sharing my personal experiences about being on the farm and was an interesting way to keep learning more about farming.

“My interest for agriculture stems from a life-long love of horses and spending a lot of time on farms. I’ve always had a love for animals and the environment, so agriculture brings them together nicely.

“Last year, I decided to develop a new element to my blog. I wanted to be able to bring outside voices in to give my blog a new dimension. It was after the first two interviews that I realised that People in Ag UK didn’t really fit along side the content of my blog and needed its own platform – that’s where the idea for People in Ag UK as a standalone magazine came from.

“I sent out a tweet requesting for young farmers in the dairy industry to come forward and help with the project. It received some good responses, and so the first issue started to take shape.

“I enjoyed putting the magazine together, even though it was challenging. I’m now planning that my next issue will be out on 12th April, which will be a challenge as my dissertation deadline is in May.

“After graduation, I’d like to go out into the agricultural industry and build up my knowledge of the sector further and keep the magazine ticking over. Eventually, maybe, I’ll write full-time.

“I’d like to thank everyone that helped with the project; who gave up their time to speak to me, who placed adverts and everyone who supported me.”