“I want to become NFU vice-president to play a part in shaping our generation’s future." 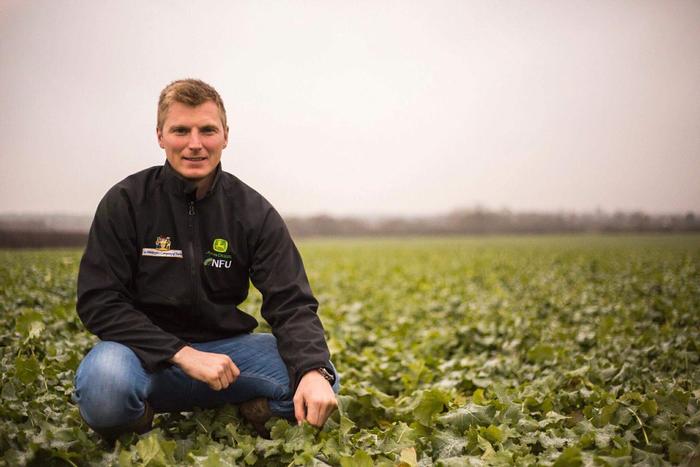 Harper Adams University alumnus Richard Bower, 31, from Stafford, is in the running to be named National Farmers Union (NFU) vice-president.

Richard is among five others nominated for the post and if he is successful in his vice-president candidacy, he would become the NFU’s youngest ever officeholder.

Richard said: "I want to become NFU vice-president to play a part in shaping our generation’s future.

“I believe I can complement an experienced president and deputy president to create a united, dynamic officeholder team at the NFU.

“This is an historic turning point for our country and our farming industry. The largest part of my farming career is in front of me, much like my generation.”

Richard studied BSc (Hons) Agri-food Marketing with Business studies and PgC Food and Fresh Produce Management at Harper Adams. Since graduating, he has been named as one of Farmers Weekly’s Rising Stars, received a Henry Plumb Foundation Scholarship and is the NFU Next Generation Policy Forum chairman.

“In my role as NFU Next Generation Policy chairman, I attend meetings in Brussels monthly and in March we are hosting the European Council of Young Farmers (CEJA) at the NFU headquarters, where young farmers from across Europe will write a Brexit position paper together. I also represent the NFU in the World Farmers Organisation Future Agriculture Leaders group.

“It is fascinating to share ideas with farmers from all over the world. I also sit on the NFU Council and Policy Board and the National Federation of Young Farmers' Clubs Agri Steering Group.”

Richard returned to the family beef and cereals farm in 2011, which he has helped diversify into an open farm that embraces conservation agriculture and renewable energy. At home, his NFU responsibilities continue as NFU vice-chairman for Staffordshire and chairman of the NFU Stafford branch.

“I have always appreciated the work of the NFU and I have attended the NFU conference since 2011 and always felt inspired. I was lucky to apply for an NFU ambassadors training course which provided chairmanship and media training.”

“If I become vice-president I would feel on top of the world! I really love our industry, which is a reason why I chose to attend Harper.

“It has been a real buzz campaigning. My team have helped me, made up of ex harper colleagues, young farmers and industry help.

“So many people have called me to provide support. This all shows it is a team effort, and if successful I will remain a team player, representing the best interests of farmers.”

To find out more about Richard and his campaign manifesto go to: www.richard-bower.co.uk.