"...it is evident that our national and international reputation is building amongst the global academic community and particularly amongst graduate employers. To have been highly placed, not amongst UK universities, but also in the employer reputation measure worldwide, is a tremendous achievement."

The QS World University Rankings provide a comparison between leading universities across 48 subject areas. The rankings for 2018, released a few days ago, reveal that in Agriculture and Forestry, Harper Adams University has risen significantly in the league table for this subject over the last year.

The subject rankings list the top 50 institutions and then group the rest in blocks of 50, reporting on a total of 300 universities from all over the world. Harper Adams University has risen in the rankings for Agriculture and Forestry from the 251-300 group in 2017 to the 151-200 group in 2018, the only one of 14 ranked UK institutions to have improved by two groups this year.

The rankings take into account four main measures of performance, two of which provide indicators of research strength more closely aligned to fundamental science rather than the applied science undertaken by Harper Adams. The two other measures are based on feedback about institutional reputation from worldwide surveys undertaken amongst academics and employers.

In the criterion for Academic Reputation, based on survey responses from, 75,015 academics across all subject areas, Harper Adams ranked second in the UK and 59th in the world. Amongst the UK institutions, only the University of Reading had a better performance on this measure

Furthermore, in the criterion for Employer Reputation, where the rankings drew upon survey responses from 40,455 graduate employers worldwide, Harper Adams was placed first in the UK and second in the world, after only Agro Paris Tech, the French Institute of Technology for Life, Food and Environmental Sciences.

“We have more to do in terms of growing our research profile, but it is evident that our national and international reputation is building amongst the global academic community and particularly amongst graduate employers. To have been highly placed, not only amongst UK universities, but also in the employer reputation measure worldwide, is a tremendous achievement.

“We have strong connections with the agri-food and related industries and our graduates are exceptional ambassadors for the University in their chosen careers, so we are delighted that this has been reflected in the outcome of this year’s Agriculture and Forestry subject table.”

The full subject table for Agriculture and Forestry can be found here. 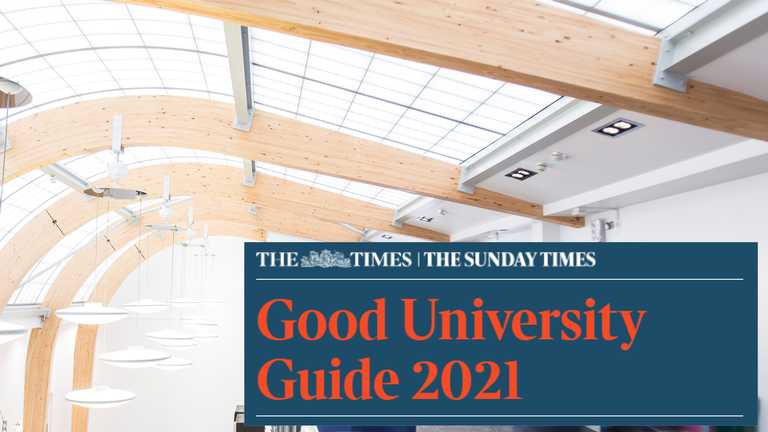