Student to use scholarships to advance his personal engineering project

“I’m privileged to receive these scholarships. I’d like to thank the David Lawson and Douglas Bomford Trust scholarship panels for selecting me, I’m very grateful." 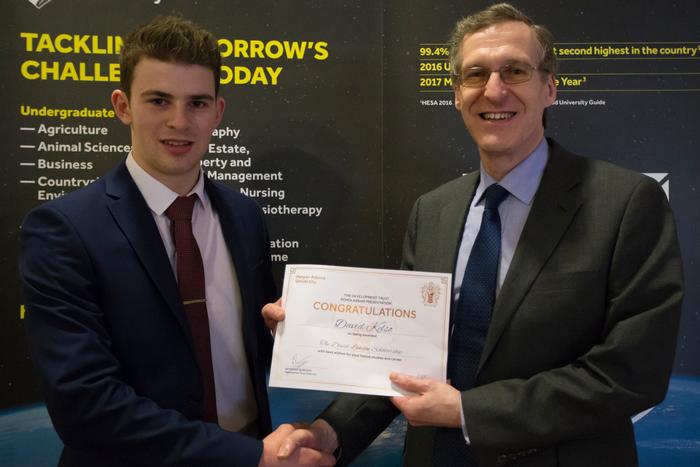 Despite only being in the second year of his agricultural engineering degree at Harper Adams University, David Kelso has already designed and built what he describes a ‘6.5m trailed aeration machine’.

The machine is operational but requires a few additions to make it road worthy. Once it can be transported on the roads, David hopes to hire its services out to local farmers back home in Northern Ireland.

To help pay for these final alterations, the BEng (Hons) Agricultural Engineering student from Portglenone, County London Derry, has been awarded a David Lawson Scholarship and a Douglas Bomford Scholarship.

The 20 year-old student said: “In December 2016, I took on a project of designing an aerator that was capable of covering a large area of land in a short period of time.

“The gap in the market was first noticed by my dad, who realised he was wasting valuable time using a hired three metre mounted machine.

“The machine being trailed also meant it could be pulled around corners without being lifted out; a major flaw that most other machines in the market have.

“The machine has now been tested and was in use last season on the family farm.

“I’m passionate about designing and building agricultural machinery and see this project as only the start. I’ve already started planning to build a second machine which has a significantly different design.”

“These scholarships are going to allow me to finish my original project with the additions required.

“They’ll also help pay for a full licensed version of Solidworks, which I’ll require for the new design.

“I’m committed to a career in the design and manufacture of agricultural machinery and these scholarships will greatly assist me in achieving this.” 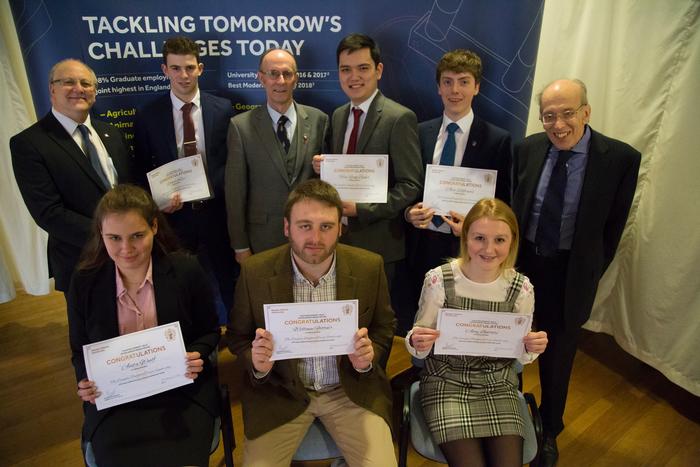