"Our work in China has been of growing importance in recent years." 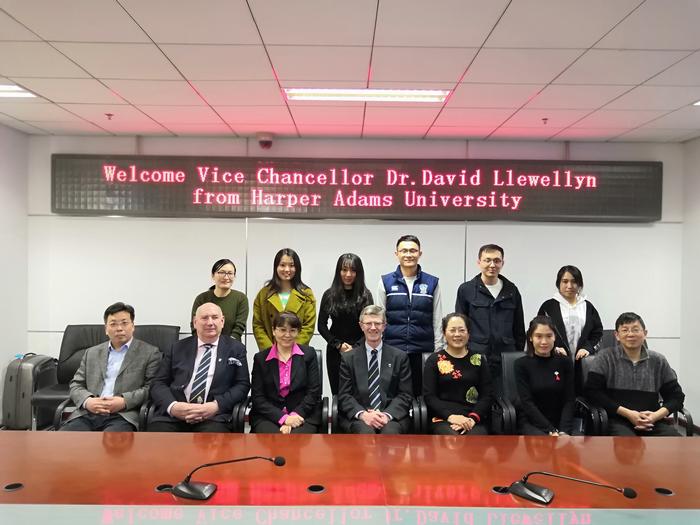 The visit began in Wuhan at Huazhong Agricultural University (HZAU) where the Vice-Chancellor, and the University’s representatives in China, Peter Bloxham and Haiqi Wang, met staff from the College of Engineering. The discussion on agricultural technologies was extremely positive and a number of new avenues for working together will now be explored. A meeting with the Vice-President, Professor Zhang, who visited Harper Adams last September, provided an opportunity to discuss progress with the joint undergraduate programme run by both institutions.

The next stop was in Sibo, at the Shandong University of Technology (SDUT), where a meeting with the President, Professor Zhang, was followed by a tour with the President and senior members of his staff to a number of facilities on the SDUT campus. Amongst these were agricultural science laboratories and agricultural engineering teaching and research resources. An impressive student innovation centre, where students are able to create new products with support from university staff, provided a chance to talk to some of the student entrepreneurs about their projects on agricultural drones, the novel use of sensors to measure environmental conditions and the integration of data in intelligent systems. In the centre, even the café is run by the students, enabling them to gain real life business experience.

A major part of the programme at SDUT was the formal opening of the China-UK Intelligent Agriculture Research Centre led by Professor Yubin Lan. Harper Adams is the UK partner in this initiative, which will investigate the application of novel technologies in agricultural practice and will provide a platform for joint research in this field. Agricultural technologies are a major priority for the Shandong Provincial Government and the Sibo Municipal Government, which were represented at the launch event, and plans are in hand for the Centre to conduct trials on the use of autonomous agricultural systems in which

Harper Adams has considerable expertise. The Centre will also provide a good foundation for collaboration to contribute to the UK-China Joint Strategy for Science, Technology and Innovation Cooperation agreed by both Governments last December. The Strategy’s first Flagship Challenge, during 2018, will be in agricultural technologies. Dr Llewellyn spoke at the launch event about the need for smart approaches not only in agricultural systems, but also in the development of skills to improve agricultural performance and in the need to focus on applied research to successfully address this challenge.

From Sibo it was on to Beijing where discussions were held with a Ministry of Education Agency about a new programme established to deliver joint educational activities between high-performing UK and Chinese universities that will promote a greater connection for Chinese students with the needs of business.

Later in the week, meetings were held with the President of Beijing University of Agriculture (BUA) and her senior colleagues. Harper Adams has a long-standing partnership with BUA, and the Vice-Chancellor was able to speak to a large group of students studying on joint courses, some of whom will be joining Harper Adams later in the year.

The final stop was with China Agricultural University (CAU). A meeting between leading agricultural engineer, Professor Han Luija and Dr Llewellyn considered the joint Masters programme in Advanced Mechatronics offered by both universities. Some of the students who had recently returned to Beijing from their time in the UK were present, and they spoke warmly about their experience at Harper Adams and how useful it had been for the final stage of their course, which is now taking place at CAU. New research links in beef production were also discussed with Professor Wang of the University’s College of Animal Science and Technology. Professor Wang works with Dr Yuri Montanholi who recently joined Harper Adams as the ABP Reader in Beef Production.

Commenting on the visit, Dr Llewellyn said: “We were made extremely welcome in each of the partner universities we visited during our short time in China. There is great interest in the work of Harper Adams in agricultural engineering and technology as well as in other areas of our research and in the high quality educational experience we provide for international students. There are also new opportunities for us to explore, not least in technological innovation to support the plans of our respective Governments.

"In that respect I was delighted to have been asked to take part in the launch of the China-UK Intelligent Agriculture Research Centre at Shandong University of Technology. The new centre will help deliver rapid advances in new techniques in farming, and we hope to work jointly to ensure that research in this field finds its way into agricultural practice to improve farm productivity, profitability and environmental performance.

"Our work in China has been of growing importance in recent years, especially because of the emphasis being placed on rural development by the Chinese Government, which is seeking to ensure that rural and urban interests become better balanced during the rapid growth of the national economy.” 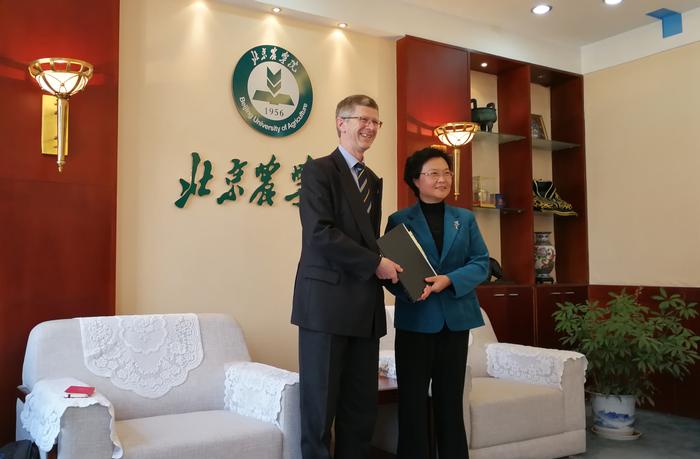 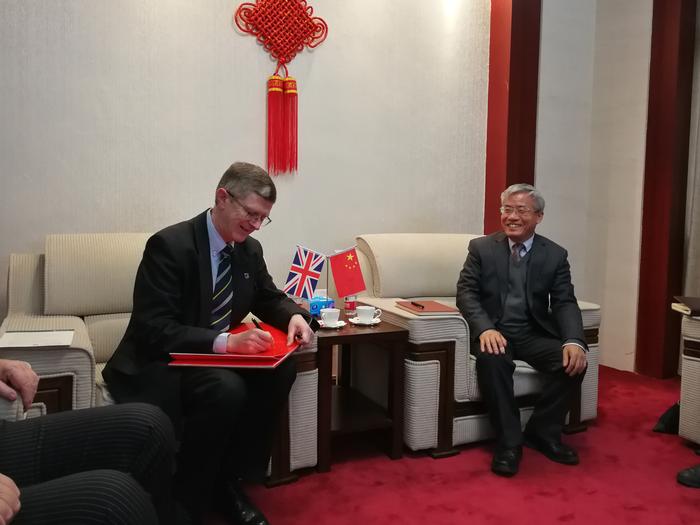 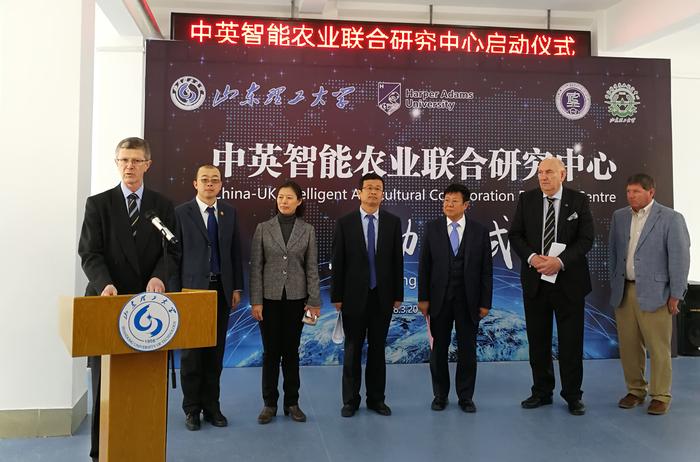 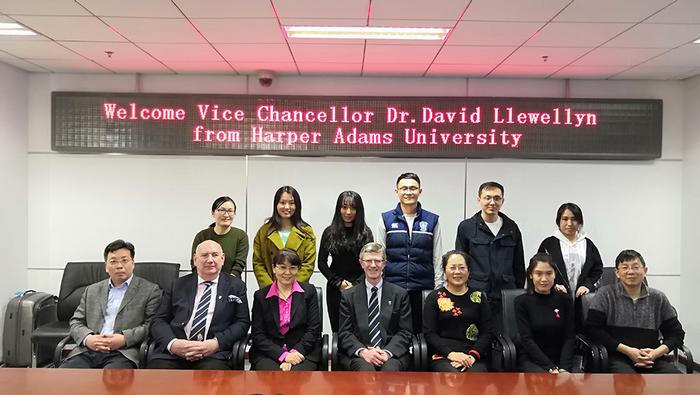 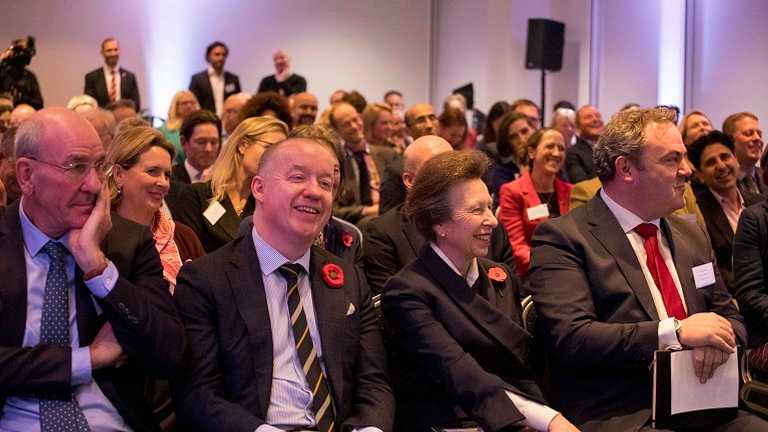 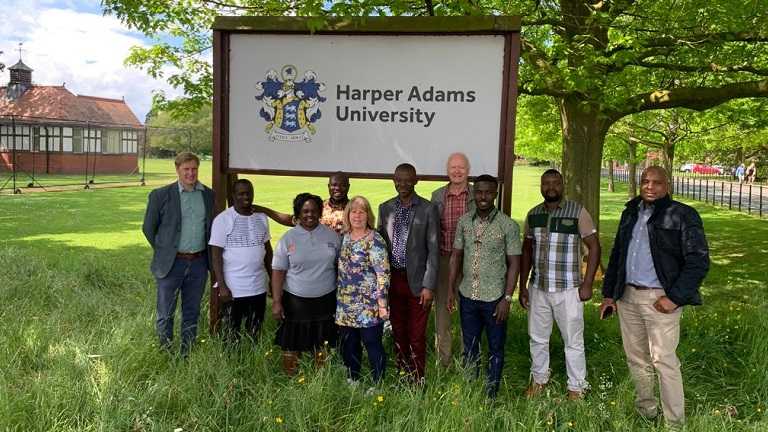