"It was travelling in New Zealand and working on a dairy farm that truly ignited my passion for agriculture, since that time I knew this was the industry I wanted to be in." 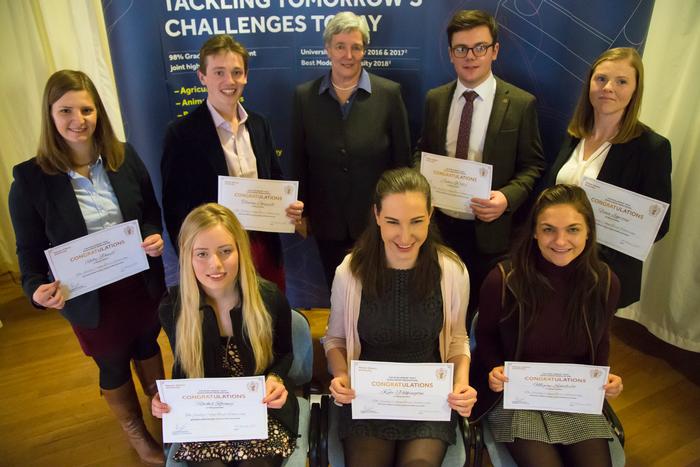 Fiona Egerton hasn’t followed the most conventional path to studying agriculture and animal science at Harper Adams University, but it has most definitely been an interesting one.

The 35 year-old student from Ellesmere, Shropshire recalls the journey she’s been on: “I’ve had a varied number of jobs since leaving school; from bar work to administration. Each role has taught me a new skill. But it was travelling in New Zealand and working on a dairy farm that truly ignited my passion for agriculture, since that time I knew this was the industry I wanted to be in.

“I began a three month contract, working at the busiest time of the year; spring calving. The work was busy and tough, but I loved every second of it. I began at the bottom of the ladder as a farm assistant and after five seasons working for the same family, I was promoted to be herd manager, with the prospect of becoming assistant farm manager.

“I realised that I had a natural affinity with the dairy sector and a true passion for the industry as a whole. My employers believed in me and encouraged me to pursue an agricultural career.

“I became pregnant with my son during the fifth season with Mr and Mrs Jackson and unknowingly to me, this gave me the opportunity to re-evaluate the direction of my career. As a result, I returned to the UK in 2014 to have my son.

“While on maternity leave, I still yearned to be farming so I bought calves to rear on the home farm and sold them successfully as bulling heifers.

“I also enrolled in further education with the hope of studying agriculture in higher education, which ultimately would enable me to have a career in the industry I have a passion for and provide an income for my family.

“I’m now in my second year of study at Harper Adams and what I’ve learnt so far has been invaluable. I chose agriculture with animal science because my eventual career goal is to work in an ancillary role, alongside milk producers to improve efficiency and get the best out of their cows through improved nutrition, health and environment.”

Fiona has recently been awarded a Studley Trust Scholarship. On this she said: “I’m grateful to have been awarded the scholarship, it’ll enable me to focus on my studies by reducing financial worries that have incurred since studying at university.”