“I feel very proud and honoured to have received such a competitive award which has given me a confidence boost in my academic life at Harper Adams and for my placement year.” 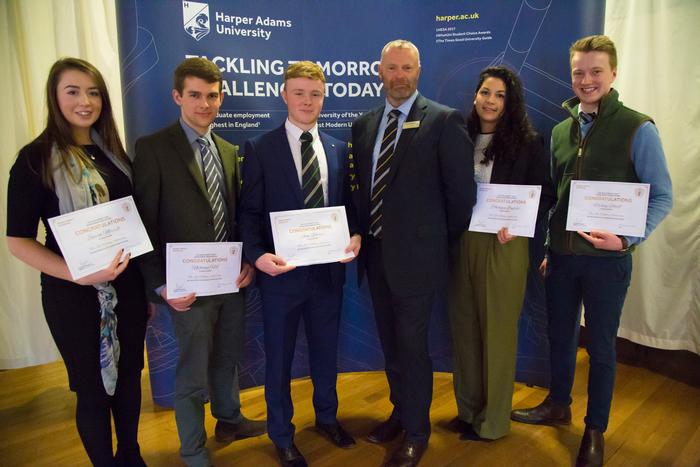 Even though they were unsuccessful at gaining competitive scholarships previously, Harper Adams University students Nick Hill and John Porter persisted, and it’s paid off. This year they’ve both been awarded a Jill Willows Scholarship and Nicholas has also received a Jerman Scholarship.

Nick, a 20-year-old, BSc (Hons) Agriculture student from Tavistock, Devon said: “I was aware at the start of the year that there were many scholarships available for students on my course. I was keen to take advantage of this to get some money to put towards additional short courses and support my studies.

“I wrote my first application for a scholarship which matched with my choice of course and ambition to pursue a career in the dairy industry, however, I was not successful in getting an interview. This was disappointing as I felt that it had been a good application and matched the criteria of the scholarship closely.

“With more scholarships available for agriculture students, I decided to try again and arranged to meet with Renée from the Development Trust to get some advice.

“She was more than happy to help and gave me some pointers on how to improve my applications including adding more evidence to show that I’d researched the scholarship and the people who provide it.

“Having made the changes that were suggested, I was pleased to be invited to interviews for two scholarships.

“I was then delighted to hear that I was one of the successful candidates that would be awarded funding from both of these scholarships.

“I’d like to thank the Development Trust for taking the time to help with my applications and also to the generous companies and individuals who support Harper Adams students with scholarships.

“I’m especially thankful to the Jerman Scholarship and Jill Willows Scholarship panels for selecting me, the financial support these awards provide will allow me to complete additional short courses offered by the university and attend industry events and conferences, along with contributing towards the costs of studying at university.”

John Porter, also 20, studying BSc (Hons) Agri-Business from Magherafelt, County Londonderry said: “After finding out that some of my scholarship applications had been unsuccessful, it did deter my hopes for other scholarships I was eligible for.

“After being unsuccessful, Lisa and Caroline in the Development Trust office continued to encourage me to apply to more scholarships, to increase my chances of interview and of a possible scholarship being awarded. They reminded me that I had nothing to lose and everything to gain from applying to more scholarships.

“Throughout the scholarship process, persistency was a key part of being successful in being awarded a scholarship. From this, I received three scholarship interviews and thankfully was successful with one. I’m glad I remained persistent during the application process.

“The experience of interviews for scholarships also greatly helped me during placement interviews.”

“Being awarded the Jill Willows Scholarship allows me to focus on my studies with less financial worries. The award will also help me to gain additional qualifications.

“I feel very proud and honoured to have received such a competitive award which has given me a confidence boost in my academic life at Harper Adams and for my placement year.” 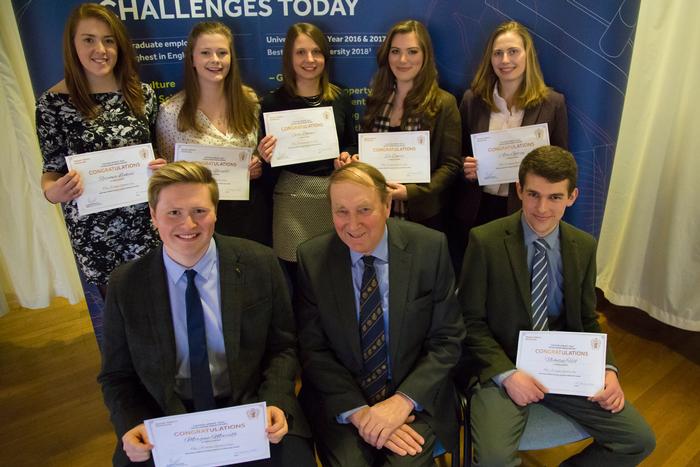