“I’d always taken an interest in agronomy and had thought of it as a possible future career path." 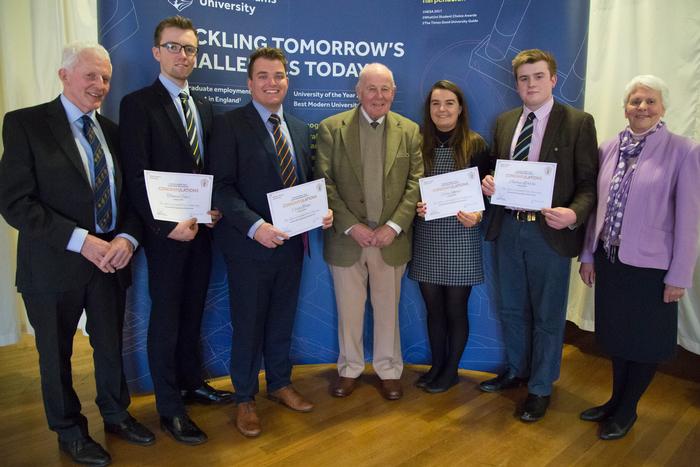 While at school, Tom Vines thought university wasn’t for him; he believed he was too practically minded and didn’t wish to leave the family farm. Everything changed when he met a senior agronomist and realised that agriculture at Harper Adams was the future for him.

“Throughout my time at secondary school, I never gave the idea of attending a university much thought,” Tom said, “as I’ve always been more practically minded, and at the time I was incredibly engrossed with the goings on of the family farm, in fact, I never wanted to leave!

“This all changed when I came into contact with a senior agronomist who worked for Frontier Agriculture.

“I’d always taken an interest in agronomy and had thought of it as a possible future career path. A brief discussion with him led to me changing my whole perspective of the university idea. As soon as he mentioned the agricultural courses at Harper Adams, my decision was made.

“I’ve always welcomed challenges, and in the modern day, a challenge is certainly what any budding agricultural graduate is going to face in the early period of their career.

“In the past, I’ve taken a great deal of interest in potatoes, in particular, factors which can impact the overall health and productivity of a potato crop throughout its growth and development cycle.

“In 2015, I was lucky enough to secure a summer work placement with Greenvale AP, who are the UK’s leading potato agronomy firm, based in Shropshire.

“My job title was agronomist assistant, which entailed carrying out anything from potato trial digs, to quality control tests, to even speaking directly to growers, discussing how their crop is developing, and the results I’ve collected while in the field.

“This period of potato work persuaded me to investigate further into possible ideas for my university Personal Research Project (PRP). I’m writing it on the topic of: ‘Sampling and distribution of potato cyst nematodes (PCN) populations in fields on the Harper Adams University Farm’.

“I felt that it was important for my final piece of work which I submit at the end of my life as a student, would be something that I feel passionately about, and in addition, a topic which I’d definitely be interested in being involved with post-graduation, upon the completion of my course.”

On receiving the Kildare Trust Scholarship, Tome said: “Many thanks to the Kildare Charitable Trust for considering me for this award, I feel incredibly honoured and thankful for the opportunity.

“The financial support will assist me to achieve my spray operator licences.”