Graduation 2018: Peter's passion shines through at presentation of honoray doctorate

Harper Adams is well placed through its links with agriculture and also with ancillary professionals ... I think they're in a prime position to provide veterinary surgeons for the future." 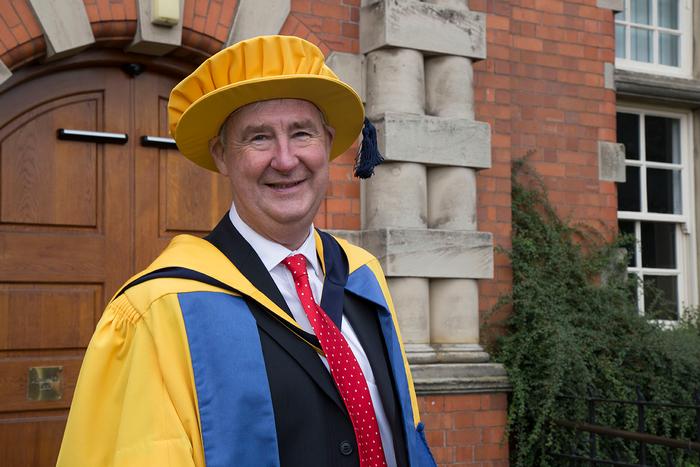 Passion for the countryside and a desire to stop graduates leaking away from the veterinary profession shone through when Peter Wright, aka the Yorkshire Vet, received an honorary doctorate at a Harper Adams University graduation ceremony.

Peter was guest of honour at the university’s morning ceremony, and congratulated graduates from the animal sciences; veterinary nursing; veterinary physiotherapy; food science; countryside environment and wildlife, and engineering programmes.

His honorary degree was presented in recognition of his role in raising the public profile of the veterinary profession. The Yorkshire Vet television programme follows the work of the partners of Thirsk’s Skeldale Veterinary Practice, which was where the late Alf Wight (better known as James Herriot) worked. Peter Wright worked with Alf Wight in the 1980s and has continued the legacy of raising the profile of veterinary work within the rural and farming community.

Showing his surprise at and gratitude for the honour, Peter said: “I had said last year that I would come and speak to Harper Adams at some point, so when I got the letter, I thought it was a letter to say that that they hadn’t forgotten and they would like me to come and speak.

"When I opened it. I have to say I was quite overcome with the kind offer from Harper Adams to confer an honorary doctorate of science on me. I literally have to read through twice to believe it was I was quite proud that I had been considered for this award.”

Peter also took the opportunity to welcome plans by Harper Adams University and Keele University to open a new vet school in 2020, which he hopes will contribute to solving some of the sector’s main challenges.

“It will be of great significance,” he said. “Harper Adams is well placed through its links with agriculture and also with ancillary professionals in veterinary nursing, veterinary physiotherapists and the other organisations that now complement veterinary life. I think they're in a prime position to provide veterinary surgeons for the future.

“There is a dearth of manpower in the veterinary world – and I don't mean that as a sexist comment as 90 per cent of our graduates are now female. I think that needs correcting. I think we also need to look closely at our intake to study veterinary science because we have too many veterinary surgeons now who join the profession and then leave within the first few years never to return.

“Furthermore, there are veterinary surgeons now who are qualifying who don't join the profession at all. They go off into other disciplines and I find that very sad. Not only sad, but I find it a massive waste of resources, of tuition and money, that go into training for surgeons. And I think that needs addressing.”

Congratulating the graduating class, Peter said: “I think they are choosing wonderful careers that are associated permanently with our countryside, our beautiful British countryside! But also they have a massive role to play going forward in protecting our environment and in developing not only animal care but also in moulding what our countryside is going to be like in years to come.” 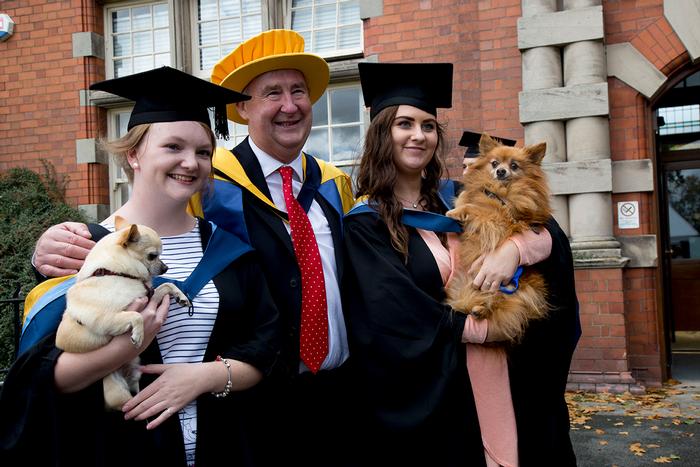