"The staff, students and Governors of the University and members of the Development Trust were extremely sad to learn of Tony’s passing and we will really miss him." 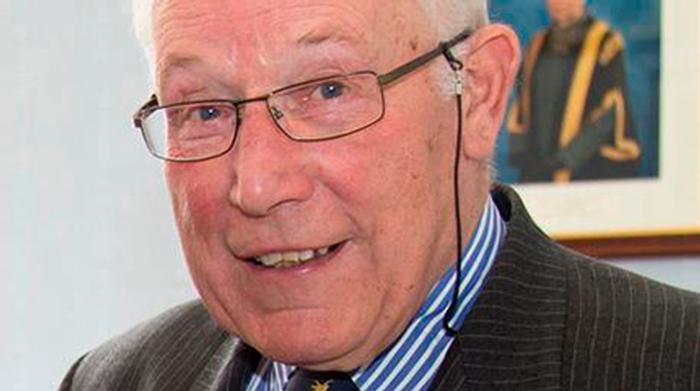 It was with great sadness that the University learned of the passing of Anthony Burgess MBE on November 1.

Mr Burgess was the Chair of the University’s Development Trust, which flourished under his dedicated and professional leadership since 2004. Since 2006 the value of scholarships and sponsorship secured by the trust has risen from £17,500 to just over £500,000 per year.

The Trust now provides well over 100 scholarships per year for students and has played a key role in securing major donations for capital projects from a wide range of industry and individual donors.

But Mr Burgess’s service to Harper Adams started decades earlier when he joined the Board of Governors of the institution in November 1978 as co-opted member.

He became a member of a wide range of Committees, including chairing the Audit Committee and later the Finance and General Purposes Committee. He retired from the Board in 2004 after 25 years of unstinting commitment, immediately taking up the helm of the Development Trust.

It was this long and loyal service “to higher education governance and fundraising” that earned him the MBE in the 2016 New Year Honours List.

He received his formal education in Northamptonshire and later qualified as a chartered accountant in London and he travelled extensively for his employers in Africa. When returning to the United Kingdom in 1966 he went on to be a Managing Director of a family-owned farm equipment distribution company, with which he served for 30 years and thereafter remained a non-executive director.

Throughout his career in accountancy, Tony also maintained a direct interest in farming through managing his own 70-acre arable and timber-growing farm at Ellerton.

The University’s Vice-Chancellor, Dr David Llewellyn, said: "The staff, students and Governors of the University and members of the Development Trust were extremely sad to learn of Tony’s passing and we will really miss him. Tony Burgess was the Vice-Chair of the Board of Governors when I joined Harper Adams and I later worked with him as Chair of our Board and then Chair of the Development Trust.

"Throughout his long association with us he remained thoroughly committed to the University and to its students. He did so much to help us, and I am certain that, without his contribution, we would not be the successful institution that we are today. His role in that success will not be forgotten."