“We were also delighted that Harper Adams has been nominated for the top award of University of the Year. This recognition is particularly welcome, and it places us in the top 10 universities featured in the awards scheme this year. " 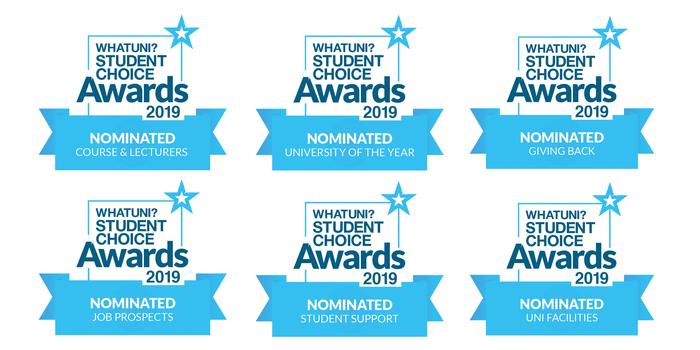 The WUSCAs are based almost entirely on student reviews of their university, with two categories relying upon direct entries or nominations. Selected from a total of 160 higher education institutions, Harper Adams is a finalist for:

• University of the Year

The Giving Back category shortlisting follows a submission focused on the Field to Fork Festival held in 2018, the biggest single combined outreach and civic engagement project the university has ever undertaken.

Vice Chancellor, Dr David Llewellyn, said: “It is great to see that Harper Adams has been shortlisted in six categories of the 2019 Whatuni Awards.

“These aspects of university life clearly matter to our students, and I should like to thank them for having supported us in getting to this stage of the awards scheme.

“One of our nominations is in the category of ‘Giving Back’, based on last year’s immensely successful Field to Fork Festival and its contribution to our engagement with the local community.

“We were also delighted that Harper Adams has been nominated for the top award of University of the Year. This recognition is particularly welcome, and it places us in the top 10 universities featured in the awards scheme this year. We are looking forward to the awards event in April and hope that it will be a successful evening for the University!”

Welcoming the Giving Back nomination, Director of Marketing and Communications, Simon Pride, added: “More than ever perhaps, this sector needs to get on the front foot in terms of generating positive stories around Higher Education – our purpose and mission as public institutions.

“At Harper we took the approach that this was not just a matter of better PR, we had to literally ‘throw open the gates’ and actively share that mission with our community in the form of a new educational festival – the Field to Fork Festival.”

Harper Adams will be hoping to add a fifth annual gold in the Student Support category after securing the top honour every year since the WUSCA award was introduced in 2015. The university scooped three gold awards in 2018 and won University of the Year in both 2016 and 2017.

Whatuni has collected 41,811 student reviews this year, travelling more than 43,000 miles to collect them. The WUSCA winners will be announced on April 25 at a ceremony in London.