"Our students always do very well in this competition, but this year they have exceeded all my expectations. I’m extremely proud of our students and their success, they do the course and the University great credit.” 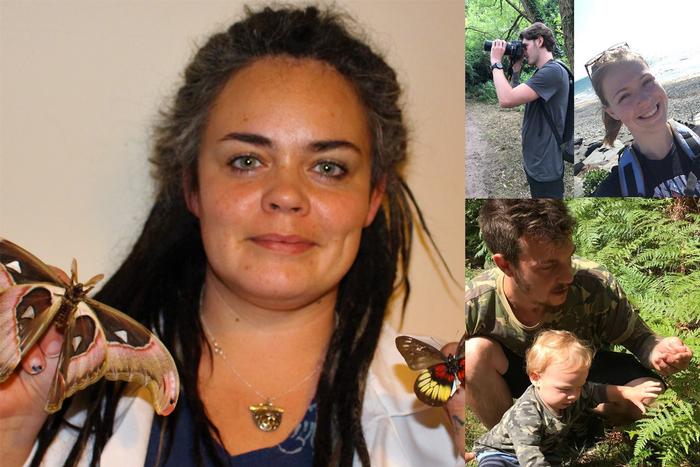 Harper Adams University students almost swept the board in the Royal Entomological Society’s Student Essay Prize, taking first and second prizes, along with both runner-up positions.

The winner was MSc Entomology student Tara Sedgwick, with her unique take on the love lives of the arthropods. ‘Plenty of Insects’ reimagines insects (and one arachnid) using dating apps; with profiles of a bed bug, termite, water bug, bark beetle, aphid and jumping spider.

The essentialness of finding a host plant before finding love, the importance of pheromones in meeting Mr or Mrs Right, as well as the need to lure in a tasty meal, are the issues raised in Tara’s work, which also features some fun comic-style illustrations.

Tara, 31, from Brixham, Devon, said: “To be recognised by the Royal Entomological Society feels like such an achievement, especially having now seen the brilliant articles from other students.

“I’m particularly interested in insect reproductive behaviour so I thought it would be fun to make an insect dating site to communicate this topic.”

Second place went to Abi Enston, 22, from Ludlow, Shropshire, another Entomology Masters student, who wrote a first-person account of an ant infected by the tropical entomopathogenic fungus Ophiocordyceps unilateralis, which manipulates the behaviour of its host until it’s eventually killed.

Her story, ‘Zombie Antpocalypse’, describes initial elation at finding a cockroach meal on the forest floor, to eventually succumbing to the fungus’s control, climbing towards its demise on a plant to provide optimum conditions for its manipulator’s growth.

The fungus featured in Abi’s piece is shown in this sequence from the David Attenborough-narrated series Planet Earth.

Abi said: "I was really honoured to be awarded second place in the Royal Entomological Society Essay Competition. Ants are where my passion is based, so to be recognised for an article about them is really special.

“My article was about a fungus that causes ants to leave their colony, and attach themselves to the underside of leaves, where a fruiting body of the fungus sprouts from the head.

“This fungus is commonly referred to as a zombie fungus, due to it changing the behaviour of infected ants, which lead to my title, Zombie Antpocalypse. I thought it was quite a fun area to base a story due to zombies having quite a prominent place in popular fiction."

Will, from Wolverhampton, West Midlands, also focused on arthropod love, looking at the biology and evolution of gift offerings in insect and spider courtship. In a big year for reproductive themes, Ben, from Rugby, Warwickshire, linked his experiences as a new parent to parenting actions in the insect world, eventually concluding that the aquatic bug Kirkaldyia deyrolli, with its highly-protective behaviour, provided the best parenting role model to follow.

On the students’ success, Professor of Entomology, Simon Leather said: “Our students always do very well in this competition, but this year they have exceeded all my expectations. I’m extremely proud of our students and their success, they do the course and the University great credit.”

You can read all of the pieces on the Royal Entomological Society website.