"Her diverse but well-structured presentation covered issues including environmental impact, animal welfare, public perception of the industry and why we should be promoting the use of wool." 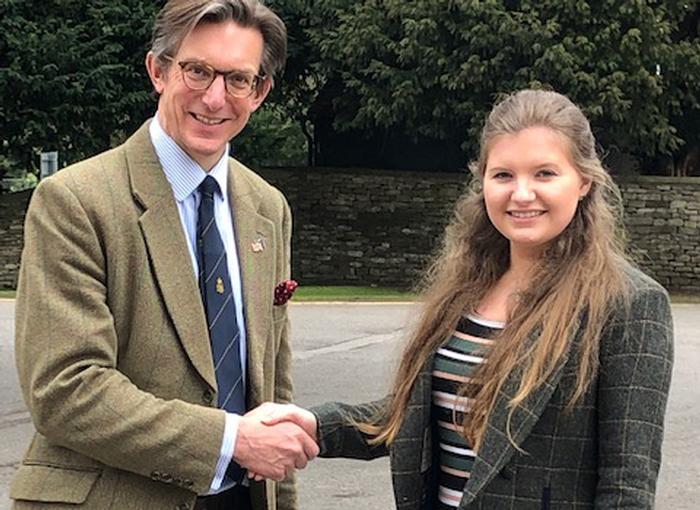 The 21-year-old student’s winning presentation was entitled: ‘21st Century: The dawn of the wool age?’ which pulled on learnings from her research, looking at commercial opportunities for the wool from her Ryeland flock.

The inaugural competition aimed to engage current agricultural students on the issues of the day and to promote the thinking of our next generation of agriculturalists to the sector.

The competition had finalists from Newcastle University, the Royal Agricultural University and Harper Adams University, and they all contributed to an interesting and informative day of speeches.

Philippa’s presentation impressed the judges with the relevance and diversity of content. On her presentation, the RASE said: “As a shepherdess in her final year, it was clear that Philippa knows the sheep and wool industry inside and out.

“Her diverse but well-structured presentation covered issues including environmental impact, animal welfare, public perception of the industry and why we should be promoting the use of wool.

“She answered questions from the judging panel eloquently and factually while also including relevant personal experience.”

Philippa, from Halifax, West Yorkshire, said: “Taking part in the RASE National Agricultural Student Speaker of the Year Award has been a fantastic opportunity. I chose to talk about the role of wool in the 21st century after researching the commercial opportunities for wool from my flock of Ryeland sheep.

“There are so many potential markets emerging that farmers don't often get to hear about.

“It was great to hear presentations from other students on topics I previously knew little about and I found the day very inspiring. I’m delighted to have won the competition and look forward to representing RASE at the Oxford Farming Conference 2020.”

One of her co-finalists was fellow Harper Adams University student Sophie Thornton, 21, who is studying BSc (Hons) Agriculture with Marketing. She gave the presentation: ‘Blockchain: Can it change the future of farming?’. The RASE said: “Sophie's passion for the topic really came across and she managed to explain the complexities of Blockchain in an engaging and interesting manor that captivated the audience.