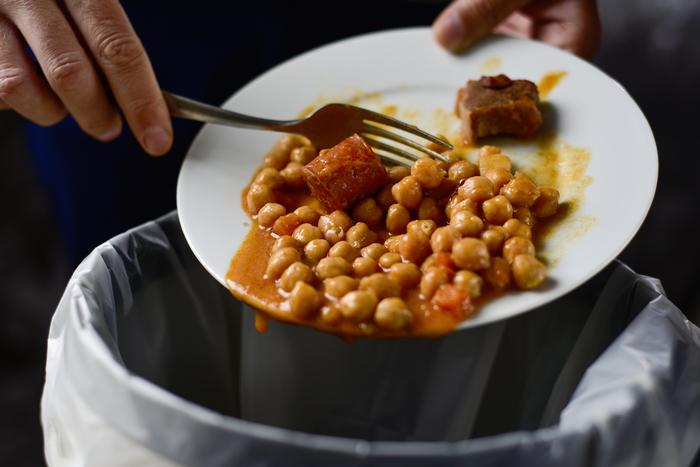 Harper Adams University, represented by Catering Manager David Nuttall, signed the Step up to the Plate pledge to tackle food waste at a symposium held at London's Victoria and Albert Museum on Monday, May 13.

The initiative looks at every level of food preparation at the University, from the suppliers to the food service team, and asks them to do their bit in reducing the amount of food waste generated. Here at Harper Adams all food waste is weighed and, with catered students on campus currently receiving three meals a day as standard, David hopes to educate them on how much waste can be generated simply by customers over ordering.

However it’s not simply using less that can reduce food waste. The catering team are always looking at different ways of getting the most out of each vegetable, either by not peeling veg and serving skin on chips or by ensuring that food normally thrown away can be reused by companies dedicated to zero waste. The campus catering team currently uses as much fresh produce as possible so, if demand doesn’t meet supply, meals can be stored for later consumption.

The Step up to the Plate symposium was attended by key players from food retail and hospitality as well as chefs and social media influencers and included a keynote speech from Secretary of State for Environment, Food and Rural Affairs, Michael Gove MP. The celebrity chefs, including household name Ken Hom, demonstrated how you can make delicious dishes from food waste normally thrown away, something that David and the catering team would like to bring in here at Harper Adams. The catering team currently uses Harper pigs reared on campus to make a variety of dishes and hopes to begin a similar system with the campus cows and lambs.

Now the University has signed the pledge the catering team will be keeping an even closer eye on food waste and ways to prevent overproduction. Preparing for events that will take large numbers of staff or students off campus while also appreciating that students might want to BBQ their own dinner in warmer weather can also be effective ways to minimise waste.

David Nuttall admits that while Harper Adams is at the start of its journey to reduce waste, further investment in technology and a multi faculty approach to repurposing food waste will yield big rewards both financial and environmental in the near future as a University and a nation.