Harper Adams will be showcasing new innovations in agritech in the Department of International Trade pavilion at the National Ploughing Championships (NPC) held in Co Carlow, Ireland, this September.

Throughout the Championships on September 17 to 19, Harper Adams will demonstrate Norman’, a farming robot Norman was built by a team of fifth year Mechanical Engineering students as part of a group project in 2014, initially set up with a drive-by-wire remote control system.

Harper Adams University Business Development Manager, Lee Williams, explained: “Norman is an autonomous tractor that works with manned tractors, independently or in a swarm of autonomous tractors. On board and remote sensor systems enable Norman to provide information to farmers such as plant and livestock growth, crop pests and diseases and livestock behaviour and health. At the event he’s going to display his autonomous capabilities.” Four Norman demonstrations are planned each day.

Harper Adams will also deliver demonstrations of augmented reality and ‘Ross-bots,’ 12-inch tall four-wheel drive vehicles. The event will also provide Harper Adams with a platform to share knowledge and meet other businesses from across the globe, something Lee is excited to work on.

Lee continued: “It’s a great opportunity for us to network with business from across the globe while demonstrating what we’ve been working on with our current business partners.”

The three-day event, which expects more than 250,000 visitors and 1700 exhibitors, will host qualifications for the World/European & Five Nations competitions. 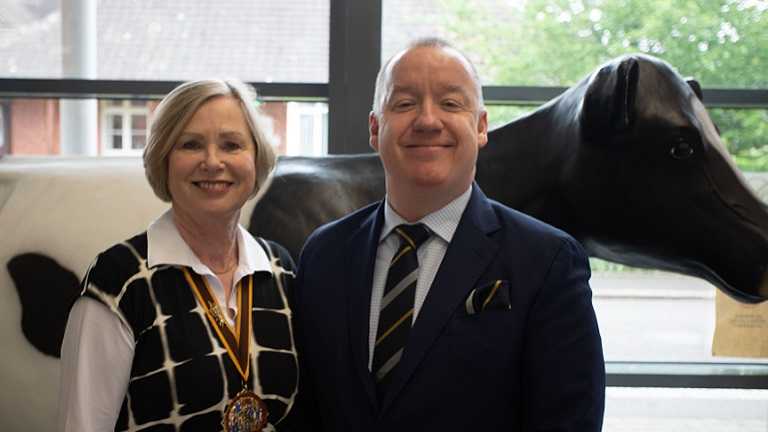