“I feel quite humbled that others think I have done enough to warrant being here. Once upon a time I didn’t think I would make it through the first term let alone four years.” 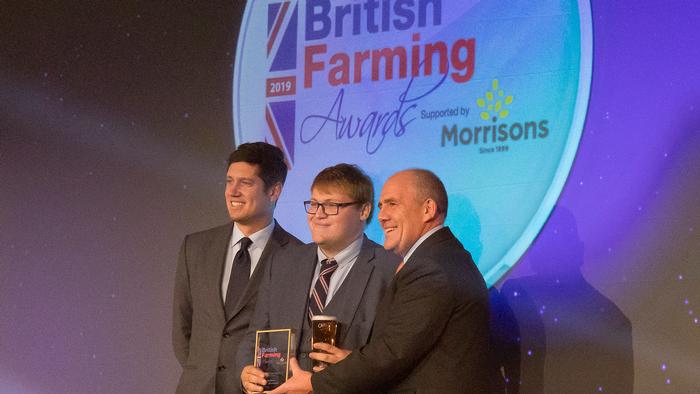 Upon receiving his award from event host and TV celebrity, Vernon Kay, and Kubota UK Business Development Manager for Agriculture, Rob Edwards, Aled said: “When I started as a student I would never have dreamed that I would win an award like this so it’s an amazing feeling.

“I feel quite humbled that others think I have done enough to warrant being here. Once upon a time I didn’t think I would make it through the first term let alone four years.”

His efforts to push himself out of his comfort zone made Aled stand out to the British Farming Awards judges who said he “demonstrated a determined and self-motivated attitude to education  in and outside university.  He is very focused on his career and the challenges facing UK agriculture”.

Starting at university, Aled was unsure if he had taken the right path and says the biggest challenge was mixing with people from such different farming backgrounds from all around the country. Now, after graduating with a 2:1, Aled is certain he made the right choice.

“I quickly realised that everyone around me had the same interests and passion for agriculture.”

Aled has developed a keen interest in vegetable growing from his degree after spending his placement year at Puffin Produce. He now works as an agronomist for PRAg Ltd in Pembrokeshire, covering south Wales, whilst also working in partnership with his father to run his home farm.

“Between my jobs and Young Farmers, I don’t get much free time!” he said. Nonetheless he plans to travel in February 2020 and wants to look in detail at what the UK could learn from California and Holland on maintaining a continuous supply of fresh vegetables in the UK while battling the climate.

“I am completely passionate about producing the highest quality crops possible while maintaining freshness and reducing ‘food miles’,” he added. 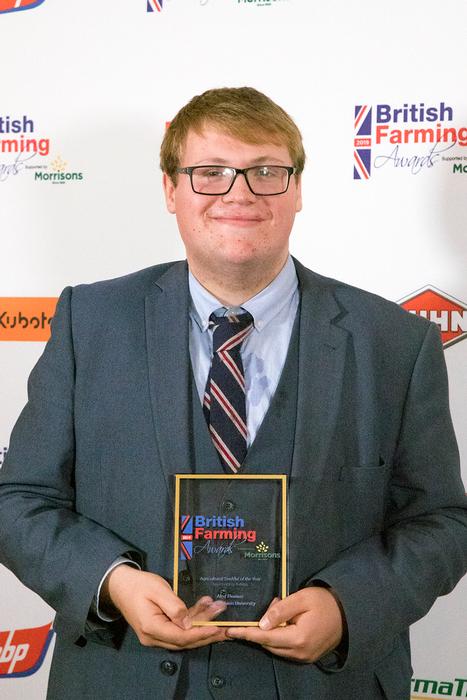