“I was put in charge of running the project and working out with the team how we were going to make a tractor break a Guinness World Record." 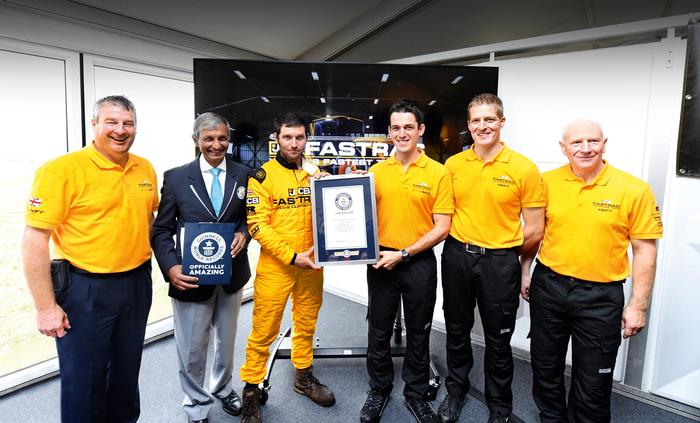 Channel 4 viewers might have caught footage of The World’s Fastest Tractor at the weekend. Presenter, mechanic and motorbike racer Guy Martin was at the forefront of the coverage - but a group of Harper Adams graduates and a current student were part of the team that made it happen.

Guy worked with a team from JCB to create the Fastrac 2 that powered into the Guinness World Records book as the world’s fastest tractor by reaching a speed of 131.191mph.

The JCB Project Manager was Alex Skittery, an alumnus of the MEng Agricultural Engineering course at Harper Adams. “I first got the chance to work on the project 12 months ago when I was working for Lord Bamford,” he said. “I was soon put in charge of running the project and working out with the team how we were going to make a tractor break a Guinness World Record.

“Fast forward and here we are, with the world’s fastest tractor!”

“My agricultural engineering degree from Harper really did help me get the job done,” added Alex.  “The great thing about Harper is that you don’t just spend loads of time learning about things in the lecture theatre, you learn how to apply knowledge to the real world; something which was really useful on this project!”

Although the official speed was 135.191mph, the tractor actually hit a peak speed of 153.771mph during one run down the airfield, but as record attempts dictate, two 1km runs are required to set a record. 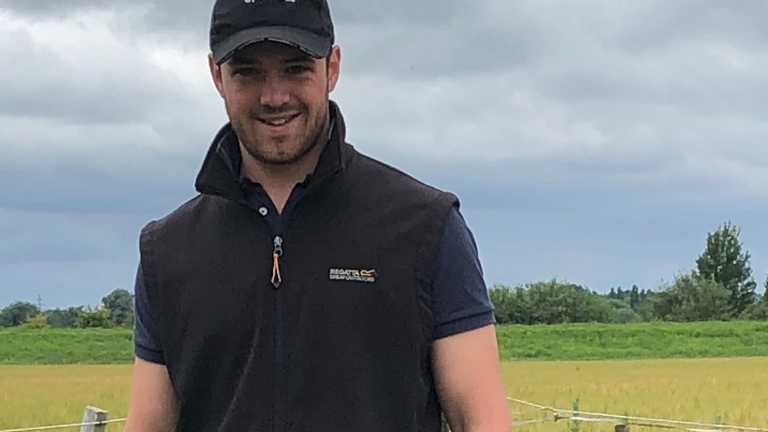