Global animal nutrition company, Alltech, has launched its first European-based in vitro fermentation model, Alltech IFM, in collaboration with Harper Adams University. Alltech IFM is a nutritional tool that simulates rumen fermentation and evaluates the digestibility of feed and forages within the animal.

For farmers and feed manufacturers, the use of Alltech IFM can identify barriers to achieving optimal rumen function. It enables rations to be formulated based on nutrient availability, helping to reduce energy losses and feed wastage.

Feed samples, which can include concentrates, fresh forages, silages or total mixed rations (TMRs), are incubated using rumen fluid for 48 hours and are then analysed for volatile fatty acids (VFA) and microbial biomass. Alltech IFM measures gas production throughout the process, meaning the amount of energy lost as methane and methane emissions per animal can be calculated. Validated by the Carbon Trust, Alltech IFM is an effective tool for predicting farm and feed-specific enteric methane emissions.

Based at Harper Adams University, this laboratory represents Alltech’s seventh IFM facility globally. “The introduction of our Alltech IFM lab in Europe marks a significant step forward for us as we now have the ability to analyse European–based diets and ensure our customers benefit from further technical support,” commented Matthew Smith, Alltech vice president.

The collaboration further strengthens Alltech’s research alliance with Harper Adams University, which was formed in 2013. “Having the Alltech IFM lab at Harper Adams allows us to undertake more fundamental studies in terms of ruminant nutrition and ruminant metabolism so that we can optimise rumen fermentation and, therefore, improve animal health, performance and longevity,” said Professor Liam Sinclair, Harper Adams University.

“The goal of looking at rumen fermentation with Alltech IFM is to minimise the waste product or minimise the gas production and to maximise VFAs and microbial biomass, which are critical nutrients to the cow,” added Dr Jim Huntington, Harper Adams University.

“Together with the team at Harper Adams, we look forward to generating new insights and highlighting how certain diets correlate with high-producing dairy and beef systems across Europe. Now more than ever before we believe Alltech IFM can play a significant role in helping to address those major environmental concerns, reduce waste on-farm and, ultimately, contribute toward a Planet of Plenty™,” concluded Smith. 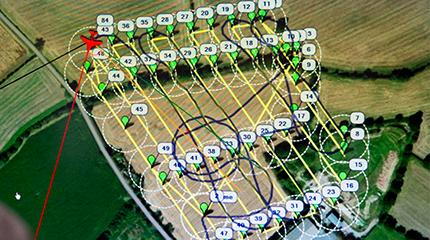 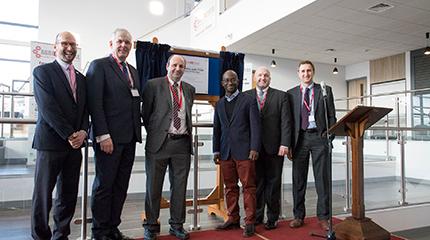