"Harper Ireland has a very important role to play in making sure that the transition to university life overseas is as smooth as possible. I’m sure the sense of togetherness within the club which I felt last year will provide a home away from home for new students.” 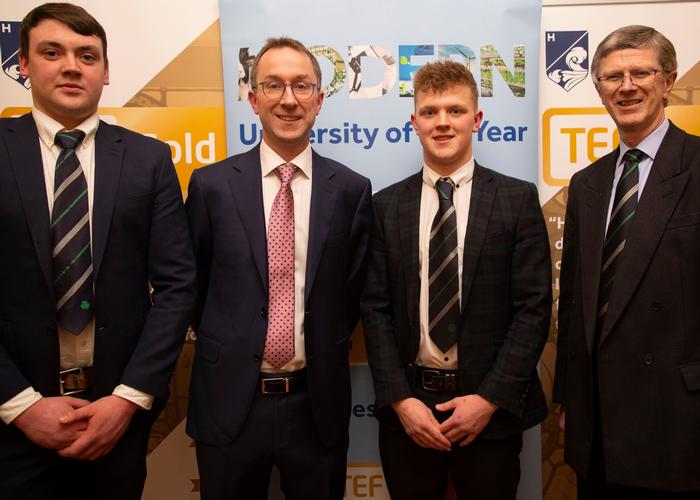 Harper Adams University students from the island of Ireland were treated to some timely career advice and words of wisdom from their guest speaker at the annual Harper Ireland Club dinner last Friday (March 28).

Pat O’ Keeffe, Corporate Affairs Director with Glanbia Ireland, shared experiences and lessons from his own personal journey since graduating from University College Dublin in 1996.

Glanbia Ireland is Ireland’s largest milk processor, with 2.9 billion litres of milk and employs more than 2,000 people. Mr O’ Keeffe is responsible for all of the company’s external communications and relationship with stakeholders, including farmers, the government and state agencies.

He recalled conversation with a careers guidance teacher in the early 1990s, who tried to dissuade him from pursuing a degree in agricultural science, being told “it’s a sunset industry”.

His advice to the Harper Adams students was: “Seek lots of advice, but ultimately follow your own instincts and do what is right for you.”

Over the course of 17 very enjoyable years with the Irish Farmers Journal, Pat O’ Keeffe visited dairy farms in 19 different countries. He said: “When the opportunity arose in 2015 to join Glanbia, I felt I had achieved all that I could achieve in the role and the time was right for a new challenge.”

He left on the day that milk quotas ended in Europe. In the five years since he joined Glanbia, milk solids production from the company’s 4,500 suppliers has grown by 71 per cent.

On his role he said: “It’s hugely challenging, stimulating, energising. Ultimately it was the right move for me.

“The biggest change has been in moving from an organisation of 80 people, to one of 6,600.

“It is a wonderful organisation, operating at pace and now extending to operations in 32 countries. It is disciplined, organised and focused. I have learned so much since I joined.
“We are processing 900 million litres more milk this year than when I joined just three years ago. We have lots of exciting plans in the pipeline with great ambition across the organisation.”

Pat O’ Keeffe also encouraged the students to consider involvement in organisations linked to their profession. He enjoyed five years with the Agricultural Science Association, including a term as President.

The Harper Ireland dinner also saw MEng Agricultural Engineering student Lewis Hamilton, 23, from Armagh, County Armagh, presented with the President’s Prize. This prize seeks to recognise students that have given their all to Harper Adams, Harper Ireland and the student community.

The Vice President’s Cup, which is passed annually from chairman to chairman, was presented by Chris Scurfield (outgoing), 19, from Downpatrick, County Down, to Chris Balfour, 19, from Enniskillen, County Fermanagh, the new Harper Ireland Chairman for 2020/21.

Chris Scurfield said: "Harper Ireland provided a home away from home and having the opportunity to run and organise this club has allowed me to develop as a person and develop both my communication and organisational skills. It has been a very challenging and but yet a very enjoyable year."

"“I’m really looking forward to being the Chairman of Harper Ireland for the incoming year," said Chris Balfour, "as it gives me an opportunity to challenge myself and improve both my people and organisational skills.

"I have an enthusiastic and hardworking committee behind me who I’m sure will help share the workload which comes with being chairman of the club.

"Harper Ireland has a very important role to play in making sure that the transition to university life overseas is as smooth as possible. I’m sure the sense of togetherness within the club which I felt last year will provide a home away from home for new students.” 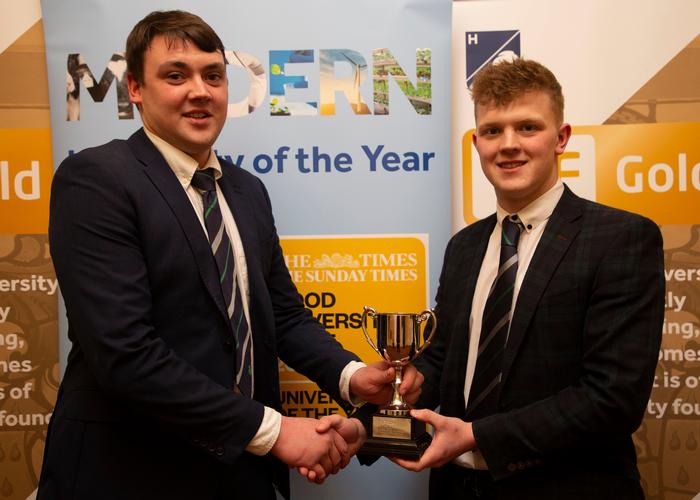