Harper Adams University has been shortlisted for five 2020 Whatuni Student Choice Awards, including University of the Year.

The WUSCAs are based entirely on student reviews of their university, with two further categories relying upon direct entries or nominations which are still due to be announced.

Selected from a total of 150 higher educational institutions, Harper Adams is a finalist for:

Vice Chancellor, Dr David Llewellyn, said: “We are delighted to see that our students have, once again, provided such positive reviews of their university experience.

“We have been shortlisted in categories that really matter to students, reflecting the support we provide for them throughout their course and into employment.

“To have been nominated for the top award of University of the Year, for the seventh year in a row, is another tremendous achievement that demonstrates the high quality of our provision and the strength of the academic community at Harper Adams.”

Harper Adams will be hoping to add a sixth annual gold in the Student Support category after securing the top honour every year since this WUSCA award was introduced in 2015. The University also has an outstanding record for the Job Prospects category, which the university has won for the past four years consecutively.

Whatuni has collected 41,000 student reviews this year, travelling more than 46,000 miles to obtain the views of students from across the UK. The WUSCA winners will be announced on April 23 at a ceremony in London. 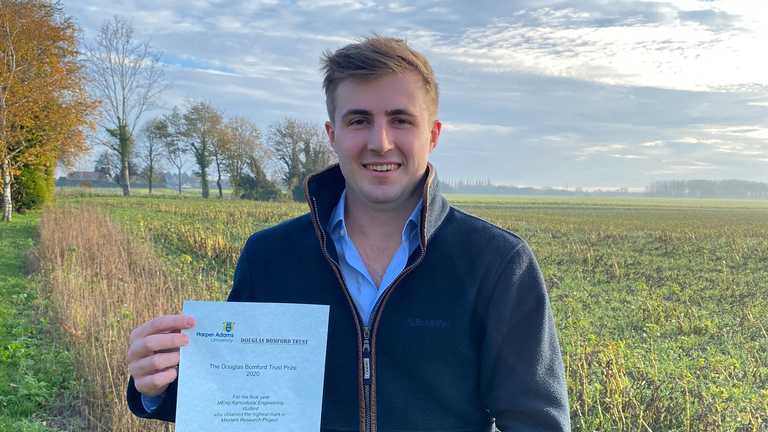