"James is a credit to himself and Harper Adams, as are all our other placement students who are supporting the task of feeding the nation during this unprecedented crisis.” 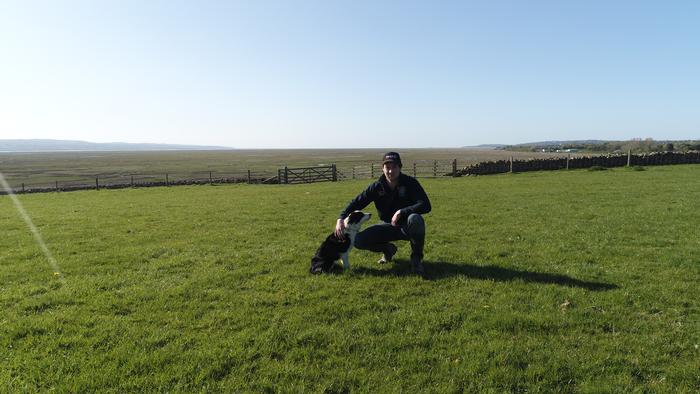 Many industries are in a state of lockdown with businesses all over the country wondering what the future holds, but one young student is mirroring the efforts of so many in these difficult times in ensuring farming is keeping calm, carrying on and continuing to keep vital food supplies coming.

James Crossley, 19, is a second-year student at Harper Adams University and until recently was on a placement in Northumberland before returning to his family farm on The Wirral following the start of the COVID-19 pandemic.

Once back home, James was quickly into helping his dad and the farm’s shepherd with the long nights of lambing and the family were still able to find time to host the BBC Countryfile team in their quest to bring the story of 24 hours in farming to their audience.

“These are really worrying times for everyone across the country but while everything else has stopped, farming is carrying on pretty much as normal; it has to. The country still needs feeding. We can’t just stop,” said James.

“We need to keep producing, nothing changes and now more than ever it’s important for people to buy British. Suppliers are still working to supply farmers and farmers are busy, full-on, in getting food into the shops for people to buy.

“We have a sheep farm on a salt marsh on The Wirral, about half an hour from Chester and an hour or so from Harper Adams. We have two and a half thousand sheep, so it’s been a pretty busy time for us. There’s only Dad, me and a full-time shepherd on the farm.

“The Countryfile thing came about when they got in touch about filming 24 hours on a working farm, showing just how much effort goes into lambing. They started at 9am, carrying on through the night with Adam and Helen taking it in shifts to show what lambing involves.

“They showed what was going on through the sheds, what we do and how the work never really stops. It’s the same at farms all over the country but it gave a useful insight into farming.

“One of the things that is giving cause for concern right now is how much the price of lamb has dropped in a few weeks; down from £2.40 per kilo to £1.60. This is due to the lack of export with the borders being closed.

“The drop is massive, there are always ups and downs but this is really surprising. We’ve still got lambs in the sheds to sell but it is concerning when you think how much the price has dropped in such a short space of time.

“I started my placement at R Brewis in Northumberland, about an hour from Newcastle, last July and that was due to last 12 months but the boss said he didn’t want me to get stuck up there with the spread of coronavirus and asked me if I wanted to go home early.

“His son was due to go out to Australia but that was cancelled so that gave them an extra pair of hands; making about five or six in total. They were still busy but it had quietened down a bit and with lambing in full swing back home, I took him up on his offer.

“That farm is about 1,700 acres, mixed arable, cereals, beef and 1,000 sheep. It provided me with invaluable experience in three main areas of the agricultural sector and there was always plenty going on.

“We were keen to ensure the social distancing rules were observed wherever possible, vehicles were cleaned down and so on, but we were always mindful that we all needed to keep going and keep food production going.

“I was quite happy to stay, and it was left to me to decide, but I knew it was really busy at home and I was aware that I wasn’t leaving them short-handed, so decided to come home. It makes sense for me to be here. I said that if they needed me at all through the summer, I would be glad to help out; I’m only a phone call away.”

James said he was hoping to return to work the family farm after finishing at Harper Adams. “You never know what will happen within the farming industry in the future but that’s my plan,” he added. “I have almost completed my second year at Harper Adams, my placement year, and am looking forward to my third. Then, hopefully, a fourth year to top-up to a BSc Honours degree. But for now, there’s still a bit of lambing to take care of at home.”

Terry Pickthall has been senior lecturer and placement manager for agriculture for nearly 10 years and has placed almost 2,000 students during that time, working closely with the placement team who support Harper Adams students.

He said: “I have also had the pleasure of acting as James’s placement tutor, where he is spending his year with R Brewis in Northumberland. Although a coastal mixed farm, it is very different to James’s family farm, so he has been able to learn a lot and see a different way of farming from what he is used to.

“I have been immensely proud of the attitude of our placement students through this extremely challenging time, which has been almost overwhelmingly ‘keep calm and carry on’. James has embodied this spirit, supporting his placement employer through their busy lambing and calving period before returning home during the lockdown to support their own busy spring period.

“He has therefore been able to support both, working tirelessly for them. He plans to return to Northumberland to support harvest. James is a credit to himself and Harper Adams, as are all our other placement students who are supporting the task of feeding the nation during this unprecedented crisis.”