Harper duo in running for Agricultural Student of the Year

I am unbelievably grateful to have been shortlisted for Agricultural Student of the Year 2020. During such testing times, it is vital that those working to feed the nation are recognised for their constant hard work and dedication, and I am delighted to have received recognition for the part that I play in such an impressive industry.

Two students from Harper Adams University have been named as finalists in the Agricultural Student of the Year category at the 2020 British Farming Awards.

Megan Edwards and Grace Welling were nominated for the award in recognition of their outstanding academic performance, placement year performance, broader commitment to the University and commitment to the agricultural sector. They have been shortlisted alongside two students from other Higher Education institutions.

The award, sponsored by Kubota, will be presented at a virtual awards ceremony on October 21.

Twenty-two-year-old Megan, from Newport, Shropshire, recently completed a BSc (Hons) Agriculture with Animal Science degree. She discovered her passion for working with livestock at a young age, primarily with diary cattle before later developing an interest in sheep and latterly the poultry industry.

During her time at Harper, Megan undertook a year’s industry placement with Cargill Meats Europe (now Avara Foods), who awarded her a scholarship through the British Poultry Council, which supported her through both her second and final year at the University.

As well as the placement year, Megan has undertaken several part-time jobs in the sector during her time at Harper, including working as a herdsperson on the University farm and as a student ambassador.

She was also awarded two other scholarships during the four years of her degree. One from Newport & District Agricultural Society and another from Mercer Farming Competitive.

She said: “All the jobs that I have undertaken have continued to build upon and confirm my love for agriculture and livestock in particular. Having two siblings who both attended Harper Adams University, there was no competition in my mind when selecting a place to study.

“I chose Harper Adams due to the ability to undertake a full year in industry, as I believe that this better prepares you for a career upon graduation.”

“During such testing times, it is vital that those working to feed the nation are recognised for their constant hard work and dedication, and I am delighted to have received recognition for the part that I play in such an impressive industry.”

Twenty-three-year-old Grace, from Winchester, Hampshire, recently completed a BSc (Hons) Agriculture and Crop Management degree at Harper and has since secured a position as a Product Development and Grass Seed Production Officer with Germinal, giving her the chance to realise her lifelong ambition of becoming a grass-seed agronomist.

Grace, who was a student ambassador and course representative during her time at Harper, was awarded the Syngenta Scholarship while at Harper, which included a placement year with the company.

She said: “I thoroughly enjoyed my year placement with the team and was given the responsibility to manage my own time and work alone on crop protection trials

“I also managed to gain an award for my overall placement performance, including two assignments, which allowed me to achieve a runner-up prize for the Agrovista award given to the highest performing agriculture students during the placement period.”

Speaking about her award nomination, she added: “I was both honoured and surprised to be nominated for Agricultural Student of the Year.

“I could not have done it without the support of both my previous employers and my academic tutors throughout my time at Harper Adams University.

“I hope that the nomination opens doors for me to continue to learn about every aspect of the agricultural industry.”

Congratulating the pair on their shortlisting, Terry Pickthall, Senior Lecturer and Placement Manager for Agriculture at Harper, said: “I have worked with both Grace and Megan since their first year and through their placement years.

“Both secured scholarship placements, with Grace spending her year at Syngenta and Megan with Avara, where she has now returned to a graduate role.

“I’m delighted that Grace and Megan have both ended up as finalists for Agricultural Student of the Year, but not surprised!

“They have shown exceptional commitment to their time at Harper, both in their studies and in supporting the wider students and their own communities.

“They are ambitious and hardworking, and I hope to see them managing placement students themselves in the future. They are also smashing people whom it’s been a pleasure to work with. I wish both Grace and Megan the best of luck in the awards”

Now entering its eighth year, the British Farming Awards has become a nationally recognised event which has celebrated, showcased, and rewarded hundreds of British farmers.

Last year the Agricultural Student of the Year award was scooped by BSc (Hons) Agriculture graduate Aled Thomas, from Haverfordwest, in Pembrokeshire.

After graduating from Harper last summer, Aled’s fascination with growing vegetables, particularly brassicas, inspired him to apply for The Elwyn Jones Memorial Scholarship, which funds a trip for a member of Wales YFC to complete a research topic of their choice.

“I wanted to research how brassica vegetables are grown in the USA compared to how they are grown in the UK and travelled out to California and Arizona at the beginning of March. But due to lockdown restrictions and processors closing sites in the USA, I returned early,” he said.

“I hope to get back out to California as soon as I can after we have seen the back of Covid-19 to finish my trip.”

For now, Aled continues to work as a trainee agronomist at PRAg Agronomy and is looking to complete his BASIS and FACTS training.

But despite his day job, Aled’s attention is still very much on the 121-hectare (300 acre) mixed family farm where he has recently become partner with his parents and brother. 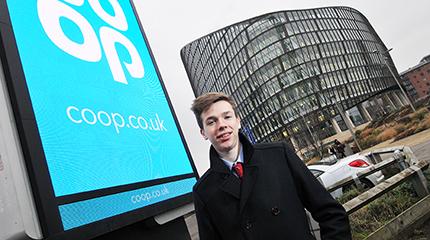 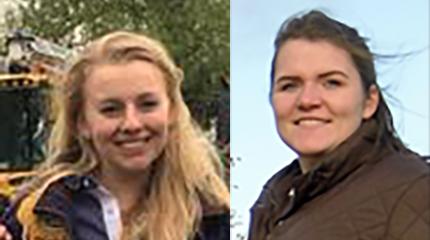 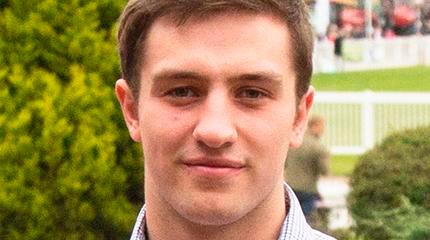 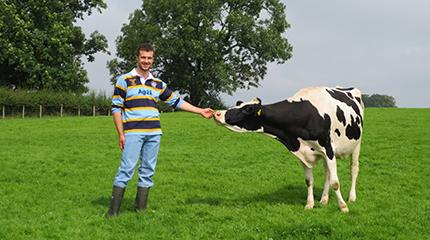