Why a balanced, omnivorous diet could help us save planet Earth

The sustainability of different meats is complex with trade-offs… Different metrics will alter the ranking in relation to sustainability. Some extrapolations can be dangerous or not give us the full picture.” 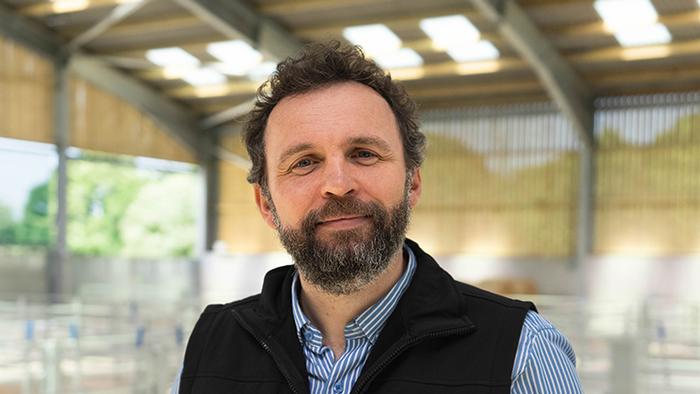 Eating our way towards a healthy planet:
The view from Professor Michael Lee, Deputy Vice-Chancellor and Professor in Sustainable Livestock Systems.

Humans, as a race, have been pretty awful to our planet. Like any Biological system, Earth can heal itself, but if we push it too far, it will lose its ability to bounce back.

We know that two major factors causing damage to the planet are the rising human population and our increasing demand for economic growth. As countries and consumers get richer they consume more. But there is an opportunity, now, to make a change. We need to think about sustainability in everything we do, and a healthy, balanced diet is a key component of that.

Lots of blame in the media has been put on rising demand for resources – particularly for meat. Scientists have looked at the impact livestock consumption is having on the planet and the IPCC often use a single measure of CO2 production per kg of food produced. But this was never intended to be used to just compare kilogrammes of product as these are not like for like comparisons.  After all, 1kg of carrots is completely different to 1kg of beef in the nutrients it provides!

That is the danger of simplistic metrics and global averages. They don’t account for variations such as nutrient value; soil health impact, method of production or variations in consumption.

The total amount of meat consumed by the UK population has not massively increased over the last few decades, but patterns of consumption have changed dramatically. For example, we have replaced red meat (the Sunday roast), which has been dropping in consumption since the 1950s, with chicken and processed meat.

Issues in human health and diet are down to over-consumption and too much processing, and that is true with animal-based products as well as plant-based products.

Human nutritionists will tell you that animal-based products, be they eggs milk or meat, have a vital role to play as part of a healthy, balanced diet due to the different composition and density of nutrients compared to plant-based foods when consumed together. But, the level we consume is the issue, as is the types of produce we buy.

The sustainability of different meats is complex with trade-offs. For example, chicken results in less carbon pollution than beef per kg of product, but is less nutrient-dense. When compared at a nutrient content level, beef produces less carbon than chicken. However, that does not mean beef is more sustainable than, say, chicken or vice-versa. Different metrics will alter the ranking in relation to sustainability. Some extrapolations can be dangerous or not give us the full picture. We, therefore, need to include all metrics of sustainability when we are considering changes.

When we make our purchase decision of plant or animal-based protein we must also consider the impact upon:

Once you consider the wider aspects of sustainability it is clear that this cannot be solved by simply removing meat from our diets, and for many aspects, this would be detrimental to wider sustainability.

So where to start with something as complex as sustainability in relation to food production and diet? The starting point, I believe and which the data clearly shows, is that sustainability is driven by the most valuable resource on-farm, which is soil.

Soil needs organic matter, and one of the best methods for its delivery is returning livestock manure into the soil to support growing arable crops. This can either be directly through rotation with sheep or indirectly through the movement of slurry/manure from livestock farms to arable soils. This will not only improve crops yields but also reduce fossil fuel use as we will need less inorganic fertiliser for arable systems.

Another argument used for the removal of livestock is competition with human edible food. If we are going to feed more people without expanding agricultural land into rich biodiverse global resources (e.g. Amazon Rainforest) we need to ensure the best lands are used to grow crops to feed humans directly and not indirectly via animals. However, livestock can be additive to sustainable food production and not detractive, if raised on land not suitable for growing crops or as a user of waste-streams (by-products of the food industry) as part of a circular economy (similar to their role in soil health). If you use a metric of food produced per unit of arable land, you will actually show that lamb is the most sustainable protein.

The average male adult should consume about 60 g protein per day. He could derive all of that from plants, or all from livestock, or a sensible combination of the two. A fully vegan diet would use land less efficiently than an omnivorous diet that includes livestock - because livestock can utilise by-products and land not suitable for growing crops. Also, the combination of plant and livestock protein in the diet will increase utilisation of not only that protein but also the minerals and vitamins acquired from the more balanced diet. It makes scientific sense that we are omnivores, from a planetary and human health perspective. However, we need to consume protein (plant-based or animal-based) in moderation, as on average we currently consume more than is good for us or the planet, and we certainly need to eat more fresh fruit and vegetables as on average we do not consume enough of these vital food groups.

Finally, don’t forget that livestock are more than just food. They are a key historical component of life in the British Isles and provide us with a range of other materials that should be used to reduce waste and wean us away from other materials, such as plastics and biodiversity-damaging imported plant-based products such as palm oil. We need to rediscover natural fibres – whether plant or livestock derived.

Livestock play a vital role in sustainability, but great care must be taken when developing and using metrics, and in determining their role in policy or popular debate, so as to ensure that they are based on evidence and proper scientific appraisal.

Watch Professor Lee discussing his points in a short TV interview alongside a Veganuary champion.