"..it is now time for a new Vice-Chancellor to take Harper Adams on the next stage of its development. I shall miss the amazing people with whom I have worked, and I wish them, and our students, all the very best for the future.” 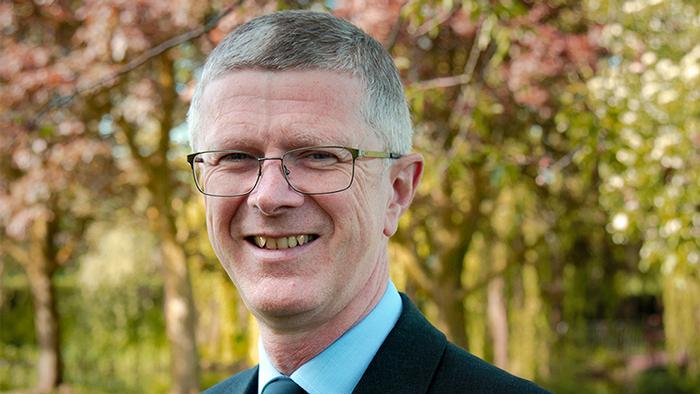 “It has been an honour to work for the University for nearly 23 years, and to have spent the last 12 years as the head of the institution. Over that time our outstanding staff and students have made huge progress in establishing a very strong reputation for the University and the quality of our academic work. Having agreed a new strategy for the institution last year it is now time for a new Vice-Chancellor to take Harper Adams on the next stage of its development. I shall miss the amazing people with whom I have worked, and I wish them, and our students, all the very best for the future.”

A Search Committee has been established to manage the selection of the new Vice-Chancellor. The Committee will be led by the Chair of the University’s Board of Governors, Peter Nixon, who noted that:

“Dr Llewellyn has been an outstanding leader of the University, taking it from strength to strength in its teaching excellence, contribution to the rural sector and collegiate spirit. On behalf of the Board of Governors, I give him our sincere thanks. He will be greatly missed, and has provided a wonderful basis for his successor to take the University forward to yet further achievements.”

During Dr Llewellyn’s tenure as Vice-Chancellor, Harper Adams gained full University Title and is widely regarded as the leading provider of higher education for the land-based sector in the UK. Amongst many other achievements, the University was awarded the Queen’s Anniversary Prize for Higher & Further Education in 2017, it gained a top twenty position in the 2020 Sunday Times University Guide, earning it the title of Modern University of the Year and it achieved two gold awards in the university sector’s Teaching Excellence Framework.

The University’s consistently outstanding performance in the National Student Survey and assessments of its graduate outcomes were backed up in 2018, 2019 and 2020 by achieving the second place in the world in the employer reputation criterion in the QS World University Guide rankings for Agriculture and Forestry.

Dr Llewellyn has led the University in the delivery of many innovative projects, including the creation of the National Centre for Precision Farming, a major campus-based industry collaboration with Dairy Crest (now Saputo Dairy UK), the Harper & Keele Veterinary School and the acquisition of land for the University Farm to support its agricultural education and research activities. Since 2018, Dr Llewellyn has chaired the higher education sector representative body, GuildHE, which has helped steer the sector through the Covid-19 pandemic as well as addressing many other aspects of higher education policy.

He has also advocated nationally for the vital role played by agricultural subjects within higher education and contributed to a number of initiatives to support skills development in the industry, most recently the development of proposals for The Institute for Agriculture and Horticulture, which featured in the Government’s recently announced agricultural transition plan.