“This is a controversial topic - more campaigning is needed to change the way the law works around wildlife related crimes. It needs to be taken more seriously and that can only be done by raising awareness of how vast the issue is.” 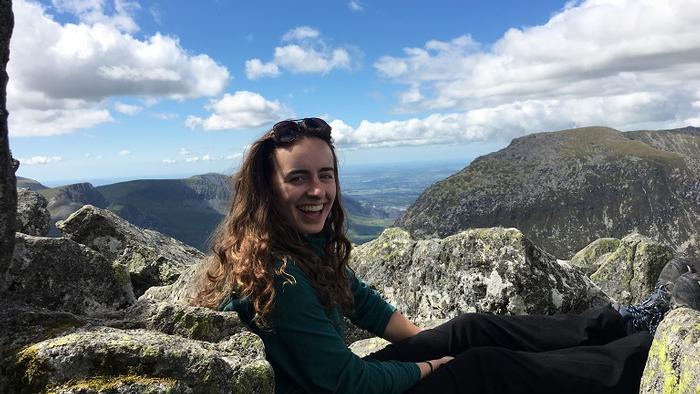 Sophie Bloor has investigated attitudes towards raptor persecution across the country as part of her research.

Public perceptions of wildlife crime are being investigated by a Harper Adams University student - whose love of red kites has driven her to examine raptor persecution.

Sophie Bloor, 22, lives on a smallholding not far from Worthen, deep in the heart of the Shropshire Hills Area of Outstanding Natural Beauty.  Among the wildlife which has visited the smallholding are red kites – a keynote species for bird of prey conservation, and one which, in turn, has helped to inspire both Sophie - and her research.

She said: “Wildlife crime enforcement is a key issue in the UK.

“There are many issues within police forces - including under-resourcing, marginalisation, and complex legislation, that reduce the effectiveness of wildlife law - resulting in wildlife crimes not taken seriously and our valuable birds of prey being persecuted.”

To examine public attitudes in a bid to tackle some of these issues, Sophie – a final year BSc (Hons) Countryside Management student – surveyed more than 400 people, asking them their views through an online survey.

She said: “I was looking to investigate the public opinion on wildlife crime, how it is ranked in terms of importance with other crime, things that should be done to help prevent it, things that influence it and who the public think is the chief culprit.

“This is a controversial topic - more campaigning is needed to change the way the law works around wildlife related crimes.

“It needs to be taken more seriously and that can only be done by raising awareness of how vast the issue is.”

When deciding which subject to study in her dissertation research, Sophie drew both upon her love of some of her local raptor species – and upon one of her favourite podcasts, particularly an episode which featured Springwatch presenter Iolo Williams, which focussed on wildlife crime.

She added: “Having grown up on a small holding with SSSI land I have always been fascinated by nature, wildlife and the countryside - hence why I chose to study Countryside Management at Harper. I could get a degree I was fascinated by and I didn't even have to leave the county I love.

“One of the key inspirations for me for this research was Red Kites! I love them and we have had them nest on our land.

“Further inspiration came from the UK Wildlife Podcast - where the issue was spoken about so passionately, I just couldn't help but research and investigate.

“I'm very passionate about wildlife crime, particularly raptor persecution as it’s a far bigger issue than many realise - and I want to shed some light on the enforcement issues associated with it.”