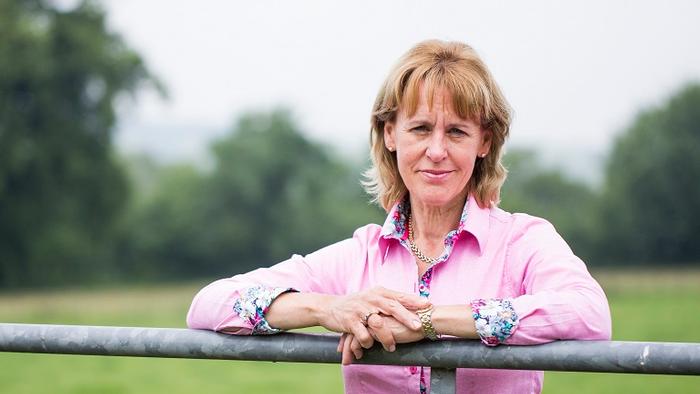 Change is coming to UK farming – but if the industry meets those challenges, this is the decade for farmers, National Farmers’ Union President Minette Batters has said.

She was speaking at the most recent session of Harper Adams University’s New Horizons lecture series, where leading industry figures look beyond the Covid-19 crisis and identify new opportunities and challenges. The series, which has drawn an audience from across Harper Adams’ students and staff, seeks to inform and inspire – as well as to give its audience a chance to put questions to each speaker.

During her lecture Minette, who was awarded an Honorary Degree by Harper Adams University in 2018, looked back on what she described as ‘an extraordinary year’ – but also forward to 2040, the year the NFU has set a target for net zero greenhouse gas emissions, and beyond.

She also spoke about the work the NFU does to shape policy, speak up for industry, and to ensure that agriculture is understood and valued by the wider public.

She highlighted the role Harper Adams plays in shaping these solutions – noting its cutting-edge research and the work she has been doing with Deputy Vice-Chancellor Professor Michael Lee on sustainability and on whole-system approaches to agriculture. This also aligns with the ambitious plans set out by Harper Adams for its farm to reach net zero by 2030 to act as an exemplar to support the wider sector.

The focus on sustainability that the NFU has helped to push up the agenda is now also being seen in other areas – as Minette noted in reply to a question from Vice-Chancellor Dr David Llewellyn, there is now a stronger focus on sustainable farming at DEFRA.

In response to questions and observations from Agri-Business student and NFU Student Ambassador, Joe Bramall, and from Senior Lecturer in Soil and Water Management Dr Lucy Crockford, she discussed assurance schemes – including both the need for these to have the confidence of farmers and the agricultural community, and the importance of having methods of verifiable assurance for consumers.

Professor Michael Lee raised the tension between demands for changes to food production to boost sustainability, reduce environmental impact, maintain high welfare standards and support for rural communities, but without further costs along the production chain – who blinks first in tackling the ‘cheap’ food paradox.

In response, Minette spoke once again about the importance of expert research such as that being carried out by Harper Adams academics – and the importance of key influencers who will lead public and political opinion as whole chain approaches revolutionise the agricultural industry.

Looking further ahead, she continued to emphasise the role of the NFU in ensuring the views of the industry were heard by all politicians and, in response to a question from Head of the Agriculture and Environment Department, Dr Andy Wilcox, the importance of every consumer making their views heard on agricultural issues.