"I wanted to show people what they can do with their local farm shops and butchers. They are the people who need our help right now." 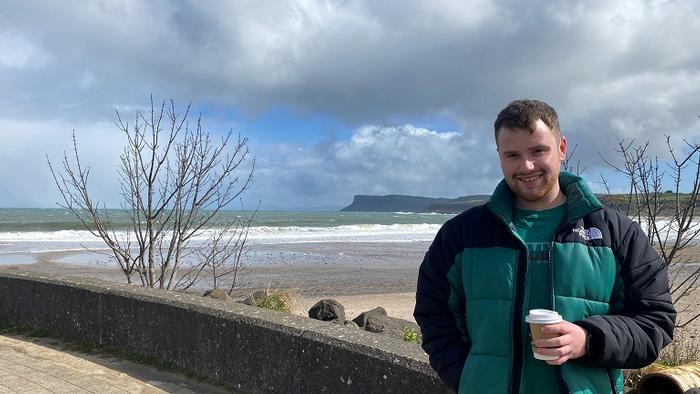 A lockdown side-project by a Harper Adams Food Technology student has proved such a hit that he has found himself being sought out by food businesses, newspapers – and even the BBC.

Daniel McCaw, from Ballycastle in Northern Ireland, started his North Coast Eats page on Instagram during lockdown, hoping to highlight some of the produce that could be found in his local area – and the meals which can be created from it.

He said: “I like cooking and food – and I cook the dishes myself. I wanted to show people what they can do with their local farm shops and butchers. They are the people who need our help right now, rather than the bigger supermarkets – and you know a good butcher knows what he is doing!”

Daniel, who is studying a BSc (Hons) Food Technology with Nutrition degree at Harper Adams University, applies some of the skills he has learned to build his dishes, sharing pictures of the meals he creates, recipes, wine tips and more on his Instagram blog.

As news of his work spread across Northern Ireland’s North Coast, he began picking up new followers both on Instagram and in the business community.

"It has been really good to see it take off – for example, a local butcher of mine is now supplying me with the ingredients on a particular day, and I will then do a post for them – that helps them pick up interest and it helps me to show people some of the great products that are out there.

“Local shops are asking me to share their produce in my stories and on the site – and lots of people are calling me an influencer!

“I wouldn’t say that though – what it is really about is using and showing your personality on a page like this. I think lots of people who try this sort of thing on Instagram are just missing that personal touch – put that in and it really does connect.”

As North Coast Eats has grown and built connections, Daniel has also found his work being profiled by the media – adding further followers to his page. Since the start of the year, North Coast Eats has appeared in pieces in local newspapers, in Northern Ireland’s Farm Week agricultural newspaper – and even on a profile on BBC Radio Ulster’s Farming Matters show, which adapted its ‘Phone Call from the Farm’ section to a ‘Phone Call from the Kitchen’ and saw host Nicola Weir discussing the success of the blog with Daniel.

He added: “I didn’t expect that! It was actually Nicola herself who contacted me through Facebook – I went for a walk and came back to see I’d got a message from the BBC wanting to speak to me! It’s amazing to see how it has taken off and the interest in what I’m trying to do.”

Daniel is in his final year at Harper Adams, after a placement year gaining industry experience as a Quality Control Technician at Glens of Antrim potatoes – manufacturers of crisp brand Shindigs.

He is now considering his next move once he graduates, as well as finishing his dissertation – itself boosted thanks to his page.

He added: “I am looking at how alcohol influences the eating behaviours of students. I had a survey which needed around 80 responses to be statistically useful – but when I put the link on my Instagram page I got more than 100 in the first hour and somewhere between 2-300 responses overall!

“I have really enjoyed my time at Harper Adams - It has been a great few years, and I’ve made a great group of friends.

“It has been challenging at times, as you’d expect - but I’ve found that I am doing something which I really love.”