"I grew up farming and got into engineering through later school – though this was always design, never the practical side. I chose Harper because it'd give those practical opportunities and the confidence I was missing out on before coming." 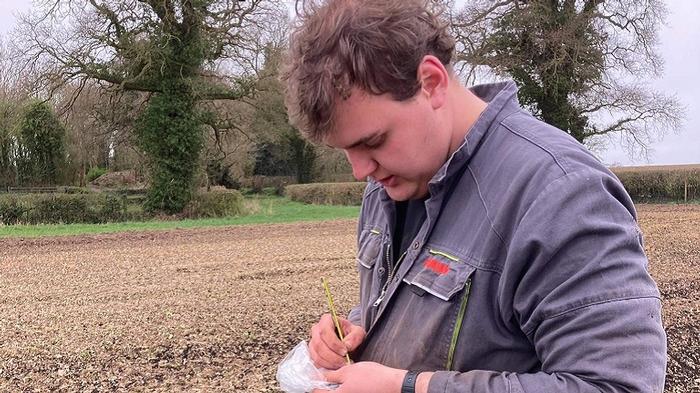 An engineering student who chose to study at Harper Adams University to gain practical experience has devoted his Honours Research Project to an onsite investigation of manure spreading.

He said: “I'm swapping around straight and twisted teeth on the rotating augers that throw the manure from a spreader to see if any one arrangement is better than another, and to find notable differences. The goal is to put forward a recommendation for what should be fitted on machines from the factory.

“There have only been a few investigations into spreading in the past and although there is a British standard for testing from 2002, isn't followed very often - so there's not much to look at on what's good and what's not for spreading manure, especially in the UK.

“This is not the case for spreading fertiliser, and there has been some research into spinning-disc spreaders - so I'm bringing in ideas from other fields.”

Philip, 22, has tested his ideas using the Delilah 4120 at Cardeston Park Farm, near Shrewsbury.

The real-world application of his ideas saw five different tests with four different levels- resulting in a lot of practical work.

He added: “With 16 measurements per test, this makes around 320 little bags of compost I've dealt with!

“I’d like to thank Richard Western and my supervising tutor Mr Kit Franklin for their help, as well as Mr Edwards at Cardeston Park Farm and Mike Mitchell at Robert Davies Machinery - he put me in contact with local famers and contractors running Western kit.”

Originally from Schleswig-Holstein, Germany, and now living near Framlingham, Suffolk, Philip decided to study at Harper Adams for the practical experiences its courses offer.

He added: “I grew up farming and got into engineering through later school – though this was always design, never the practical side.

“I chose Harper because it'd give those practical opportunities and the confidence I was missing out on before coming. I love farming and have plenty of experience with agriculture, but I chose Mechanical Engineering because the content is far more widely applicable, which I think I'll value a lot in future.” 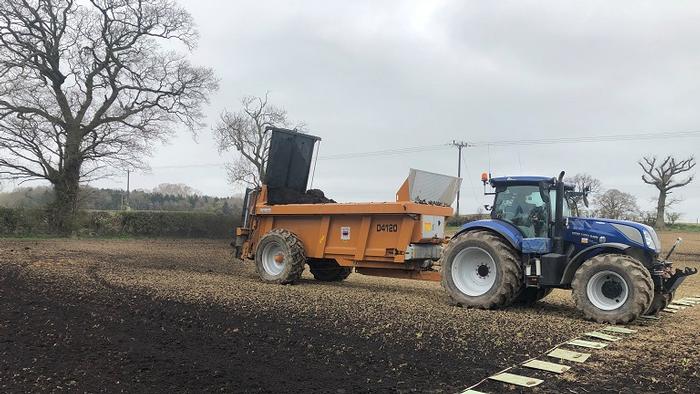