"A huge congratulations to the IAgrE award winners at Harper Adams University.  You should be proud of your achievements and we wish you well in your future careers.” 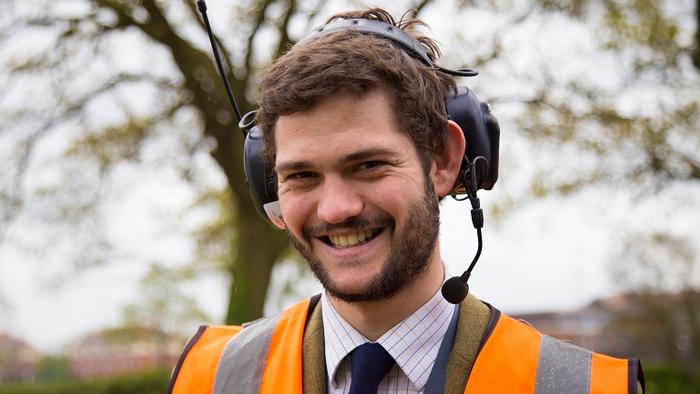 Students and staff at Harper Adams University are celebrating after being named prize-winners in this year’s Institution of Agricultural Engineers (IAgrE) Awards.

Senior Lecturer Kit Franklin was the winner of the President’s Award – which recognises a mid-career engineer who has made outstanding progress in the agricultural engineering industry.

Kit, who progressed from his initial MEng (Hons) Agricultural Engineering degree at Harper Adams to become first a Research Assistant, and then a senior lecturer, received the award for the work he has been doing to drive forward the Hands Free Hectare and subsequent Hands Free Farm projects at the university, along with wider outreach and publicity for the Agricultural Engineering profession.

His work - alongside the project team – was highlighted by IAgrE during the prizegiving ceremony, held virtually on the evening of April 27. The success of the project – which is now being upscaled to become the Hands-Free Farm – and its impact in the press, on television, and on social media were all covered as part of the IAgrE citation.

Attendees were told: “Kit’s ability to drive this project and then present the work to listeners at all levels, demonstrating understanding not only of the technologies involved, but of the challenges that application of these technologies face in the agricultural field situation, make him an exceptional ambassador for the Agricultural Engineering profession.

“To have achieved this during the early stages of his career make him a worthy recipient of this year’s President’s Award.”

Kit said: “I was surprised and honoured to be recognised and receive the President’s Award, which has previously been awarded to some very prominent members of the Institution and the Agricultural Engineering sector.

“After the challenges of lockdowns over the past year, the consortium has made great technical developments on the Hands Free Farm, which has enabled us to establish 30ha of crops for harvest 2021.

“Harvest will be challenging for both the technology and logistics - after which winter crop establishment drilling will use two tractors and drills working together to increase work rates.”

Three Harper Adams students were also honoured at the awards.

The Student Safety award was won by Huw Gilchrist, for a project examining the design and development of a safe load indicator for a tractor and fore-end loader.

Huw said: “I am delighted to be named as the recipient of the IAgrE Student Safety Award .

"It is a real privilege and a great way to end my time at Harper Adams. It is nice to be recognised for the time and effort I put into the project and its potential to be developed further to improve farm safety.”

The project was part of Huw’s final year on his BEng (Hons) in Agricultural Engineering and saw him design and develop the safe load indicator – aimed at reducing accidents from lifting instability.

Huw added: “Strain gauges mounted on the tractor's rear axle were linked to coloured LEDs to simulate the load chart and a warning buzzer to create the operator interface all run by a microprocessor.

“Simply, if the weight applied to the loader is in the safe zone, green LEDs would illuminate. If the load increases to a dangerous point, increasing the likelihood of overturn, yellow or red LEDs would illuminate in conjunction with the buzzer sounding to warn the operator of potential danger.

“This is similar to devices found on telehandlers and cranes, but current regulations do not require tractor and fore-end loaders to be fitted with them - despite the obvious risks involved - hence the need for such a system to be designed.

“I'd like to add a massive thank you to the engineering course team that made it all possible, especially Tom Underhill and David White for helping with the technical elements and supervising the project.”

Finally, both the undergraduate and postgraduate winners of the CNH Industrial Award were from the university

Andrew Hardy’s thesis, looking into the development of a compact excavator attachment for lifting trees out of the ground with a root ball, secured the undergraduate prize and William Hook’s thesis – examining the design and evaluation of seed dispersal units to increase seed placement accuracy on a Stanhay Pro Air Multiline precision seed drill using EDEM software – secured the postgraduate prize.

CEO of IAgrE, Charlie Nicklin, said: "A huge congratulations to the IAgrE award winners at Harper Adams University.  You should be proud of your achievements and we wish you well in your future careers.” 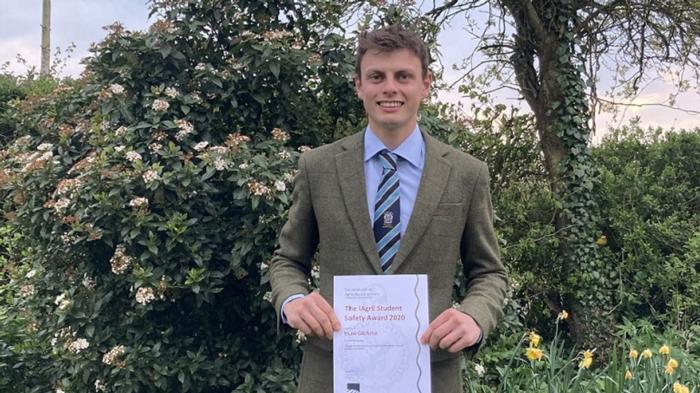