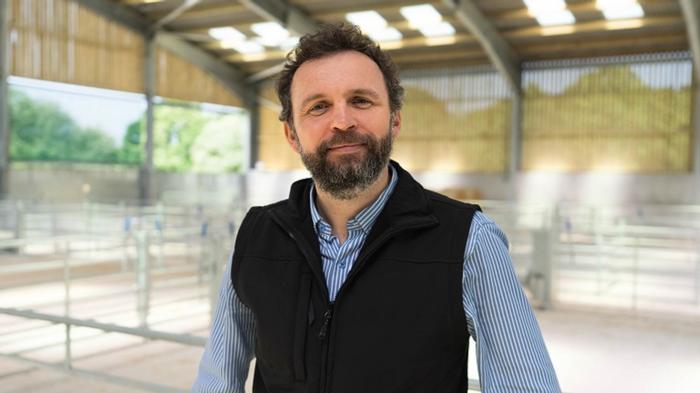 The most efficient use of the UK’s grassland-dominated landscape to provide human nutrients will see ruminants play a vital role – while a ‘meat tax’ would cost the UK £242 million a year.

Both findings have been unveiled in a new study which adds a surprising economic rationale to the National Food Strategy’s dismissal of the idea of such a tax on political grounds – and emphasises the vital role that ‘responsible consumption’ levels of ruminant livestock products have in a sustainable food system.

The study shows that, while a meat tax would cost the UK £242 million, the savings resulting from reduced climate emissions were calculated in the region of £100M per annum. Combined together, these factors suggest a tax on red meat to help curb climate change could do more harm than good, the report concludes.

Dr Takahashi said the economic losses will not only be borne by livestock farmers, but everyone in society, and added: “Solely from the climate change perspective, our results unambiguously support everyone else’s finding: that a red meat tax can reduce GHG emissions.

“But unfortunately, this is only half the story, because the same tax could also force grazing livestock farms out of the industry – even when grassland is actually the most sensible land use at that particular location.

“As well as impacting consumers and farmers, the knock-on effects will be felt right along supply chains as well as rural communities that support and are supported by farmers.”

Meanwhile, Professor Lee stressed the ongoing importance of livestock not only to the British economy, but also to the nation’s diet.

“Ruminant livestock are the most efficient provider of key nutrients for human health from land not suitable for growing crops.

“The study highlights that with reduced protein consumption levels, as advocated in the National Food Strategy, ruminants, given our landscape, clearly should play a vital role in providing high-quality protein.

“Furthermore, agricultural land use change in the UK should centre on optimising crops to supply fibre and water-soluble vitamins via vegetables and fruit, which are deficient in our diets - and not as protein replacements, which we already overconsume and can be supplied via our grasslands, through ruminants.”

This decision was met with strong criticisms by advocates of a levy against ruminant farming because dairy, beef and lamb are known to cause greater greenhouse gas emissions than poultry, pork or plant-based foods.

However, whilst UK sheep and cattle are typically reared on grass, poultry and pigs are predominantly fed on cereals that could instead be eaten by humans – and with limited space available for agriculture, growing food for farm animals rather than people is often seen as an inefficient use of land.

Dr Takahashi says rather than a blanket tax, a better solution would be to look at which areas of the country are best kept as cattle and sheep farms, and which would be better turned to other uses such as crop production (for human consumption), agroforestry and provision of ecosystem services.

“This would involve a more nuanced approach of weighing up the carbon savings against the amount of nutrients produced and the impacts on the economy, both locally and nationally.”

The new study, published in Scientific Reports, modelled economy-wide impacts of meat tax for the first time and estimated that, even under moderate tax rates previously proposed for the UK (19% for meat and 11% for dairy), the country’s economic losses would amount to £242M per year.

These losses resulted from transfer of land and labour forces from livestock farms to arable farms and non-agricultural industries.

The study found meat and milk production would decrease, with substantial greenhouse gas savings recorded both directly on farms and indirectly at connected industries, such as the manufacturing of agrochemicals.

Under the proposed tax, such climate change causing emissions were predicted to decrease by 2.5 Mt CO2 equivalent per year – equating to a monetised social benefit of £101M per annum under the same carbon price (£41/t CO2 equivalent) used to derive the assumed tax rates.

Advocates of a meat tax argue that economic models predict a significant reduction in GHG emissions as a result of taxation.

“However, many of these analyses do not consider wider effects of taxation beyond red meat and dairy markets, and as such the macroeconomic impacts associated with a shrinkage in the livestock industry were mostly unknown before this study,” said Dr Takahashi.

The next step for the research team is to identify when exactly grassland should remain grassland for sustainable food production, a task Dr Takahashi describes as “critical” for the future of UK agriculture.

“Given that we currently consume more livestock products than nutritionally recommended, it is perhaps socially suboptimal to maintain all of today’s grasslands for grazing purposes. The question, then, is under what soil, local climate and other geographical conditions are they desirable to society?

“We absolutely need to answer this question before telling a specific farmer to stop rearing livestock, because otherwise some unintended consequences are very likely.”