“Studying at Harper Adams has been brilliant – there is so much support from the staff and lecturers, and you have so many opportunities to widen your experience. The main thing here is you are able to gain practical experience with animals – it is not just the theory, like you might learn elsewhere." 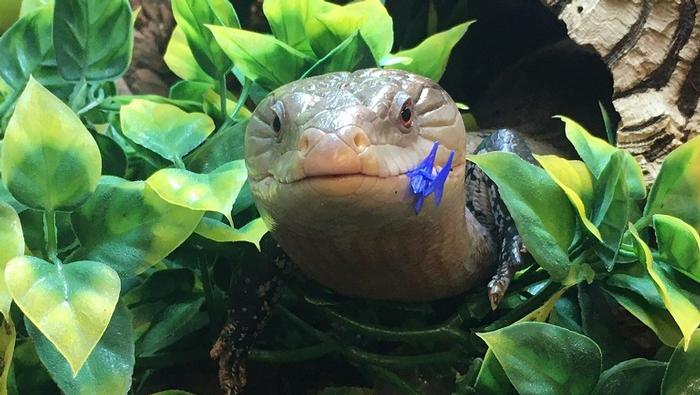 An innovative development set up by a student on placement has widened the diets of creatures in Harper Adams University’s Companion Animal House (CAH) – by adding wildflowers and edible weeds to their menu.

The animals in the house – from its herd of guinea pigs and rabbits, to its exotic species such as Bailey, the blue-tongued skink – are now able to tuck into a variety of the plants, thanks to work driven forward by Tanya Peters, a BSc (Hons) Bioveterinary Science student undertaking a placement year working at the unit.

Tanya, who is originally from Salisbury, Wiltshire, began planning the project during the latter part of 2020, in the first months of her placement as a technician in the house.

She said: “Most of the animals in the CAH enjoy a diet which contains a variety of fruit and vegetables as a source of nutrition. We obtain this produce via weekly veg boxes - however I had noticed that some of this produce had been grown and transported from all over the world. Not only this, I also wanted to try to reduce the unit’s food wastage.

“Therefore, I wondered if developing a vegetable/wildflower patch would help the unit become more sustainable and provide variety for the animals. After speaking with my manager, the university estates department and grounds team, a plan started to unfold in setting up this patch.

"At first, we looked at a site across campus from the Companion Animal House – but decided that we needed an area closer so we could dedicate the time for maintenance.

“After looking at all the options and realising there were obstacles in growing the quantities of vegetables needed for the CAH, we decided the most beneficial option would be to set up a patch near the unit to pilot growing wildflowers and weeds, as these would benefit the majority of animals in the unit.”

As part of the project, Tanya not only tended the garden itself, but dedicated a 5,000-word assignment to the proposals, examining the kinds of plants which would work, the impact that the project would have on environmental considerations such as food miles and traceability, and a review of the current literature on the diet of each animal set to be served by the produce.

She added: “We then managed to source all the seeds we needed and started on the project - the planning took place in December and January, and we started to sow the seeds towards the end of February and into March.

“We began to harvest at the end of June – and the animals loved them. For instance, the blue-tongued skink, Bailey, really enjoyed the calendulas, nasturtiums and cornflowers and the guinea pigs and rabbits were very happy to get plantain, lamb’s lettuce, common mallow and more.

“I love the guinea pigs – they are my favourite animals and one of the reasons I wanted to plant the garden.

“From what I discovered through my research, there’s little information available on some of the exotics such as the skink– but the general consensus is that the best way to achieve higher welfare is to imitate their natural, wild environment and this includes providing wildflowers and weeds as an important part of their diet!”

The project is a lasting marker of Tanya’s placement year – which comes to an end during August, before she returns to Harper Adams in the autumn for the final year of her studies.

She credits the year with helping to add to her skills and broaden her knowledge – adding: “It’s been such a great opportunity, I have gained so much experience with so many different species of animals in the unit– including small mammals, exotics and equine. It has been majorly beneficial to my degree and hopefully employability for the future.

“The Companion Animal House is an excellent teaching facility for our students to support their learning with real life practical experience, so being this side of it all, as staff, has been fascinating as well.”

This hands-on, practical experience is something which Tanya cites as being key not only to her time on placement, but also to her studies at Harper Adams overall – where her classes have been complemented with encounters with some of the species which she has been learning about directly across the University’s varied facilities.

She added: “Studying at Harper Adams has been brilliant – there is so much support from the staff and lecturers, and you have so many opportunities to widen your experience. The main thing here is you are able to gain practical experience with animals – it is not just the theory, like you might learn elsewhere.

“I was mainly drawn here by all the facilities, the great community atmosphere and the feeling of home!

“I came along on one of the Open Days in 2017, and as I walked alongside one of the buildings, I had a feeling like déjà vu, where I could just see myself studying here – a real feeling that I was going to be here again!” 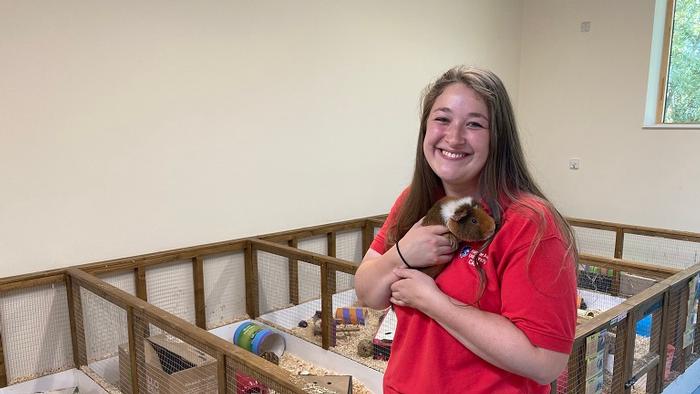