Alumnus John Wright's legacy set to support the next generation 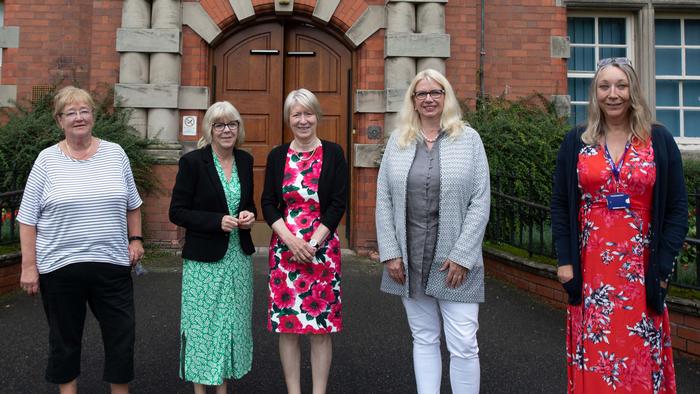 A lasting legacy in memory of a Harper Adams University alumnus will help to encourage the next generation of postgraduate students at the institution.

After John Wright passed away, his will made clear he wished to support students at Harper Adams University – where he himself had studied in the 1950s. That wish is now set to be honoured through an MSc Scholarship – backed with match funding from the John Oldacre Foundation.

The new award was introduced after John’s niece, Wendy Bill, contacted the university, where she spoke with Doris Taylor, Head of Development at the Harper Adams Development Trust.

The trust helps offer a range of scholarship opportunities for students who have secured places on the university’s degree programmes, and works to ensure the next generation of talent in the agri-food and rural business sectors receive support.

Mrs Taylor said: “Following Wendy contacting the university, I explored ways with her to ensure her late uncle’s wishes were followed – and as a result, she made a donation on his behalf to the Harper Adams Club to support postgraduate awards, something he felt particularly strongly about.

“After discussions, we decided between us to offer a John Oldacre Foundation MSc Scholarship, match funded by the legacy of Alumnus John Wright, through the Harper Adams Club.”

The scholarship will draw upon an award from the John Oldacre Foundation, which awarded £1m to the University a few years ago.

This fund - through investment - provides funding for scholarships which require match funding from other charities or industry partners.

Once the Scholarship had been agreed, Wendy – who still lives in in Earlswood, in Warwickshire, where John farmed - and her cousin, Julie Mitchinson, came to Harper Adams.

During their visit, they met with staff from the University’s Development Trust, including Mrs Taylor, as well as University Secretary Catherine Baxter and Harper Adams Club Joint President and Honorary Life President Ros Barsley to hear more about the work being carried out at Harper Adams – and the good use their uncle’s legacy would be put to.

Wendy said: “We came here because my uncle was passionate about postgraduate study, and he loved Harper Adams.

“His time here meant so much to him – he used to read the magazine the University sent out and talk about the people he remembered. He came to the university from the family farm in Earlswood in the fifties and had fond memories of his studies at Harper.”

Her cousin, Julie, travelled from Cambridgeshire to join Wendy on the visit – and recalled how John’s time at Harper Adams had helped to broaden the work which was being carried out on the family farm.

She added: “When he came back to the farm, they diversified into chickens – that was following what he had learnt here, building on what they were teaching at the time.”

The cousins’ visit was rounded off with a tour of the Harper Adams Campus – starting at the Main Building, where they saw the doors John and his Badminton Club posed in front of for a team photograph during his time at the institution which they had brought along to show University staff.

They were then given a tour of the award-winning facilities the campus offers – and the research centres where their uncle’s legacy will be put to use, developing the next generation of postgraduate students at Harper Adams.

To find out more about the Harper Adams Development Trust and its work, please click here.