“Will’s success reflects well on both himself and on Harper Adams Agriculture students. An impressive individual and certainly one to watch out for in the future.” 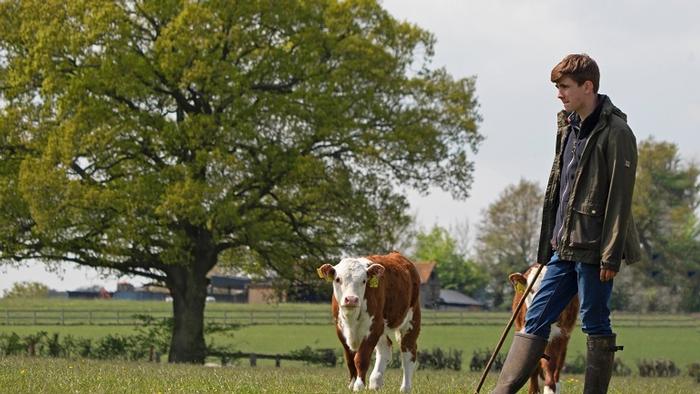 Harper Adams student William Awan has taken the silver award for Agriculture Student of the Year at this year’s British Farming Awards.

William, from near Bath in Somerset, is not from a traditional agricultural background – but began making his mark even before he began his Harper Adams studies on his BSc (Hons) Agriculture with Animal Science degree.

His career in agriculture started at just 13, when he ran his first smallholding with a small herd of Dexter pedigree cattle and a flock of turkeys.

From their sale, he invested in a flock of Exmoor Horn sheep, and by 15 he had started the business he now runs alongside his university studies, working with farmer Bob Honey.

Will – who has also developed his own agri-marketing business - has won a series of awards, at the Royal Welsh, Royal Bath and West, Exmoor Horn and Hereford shows for his sheep and cattle.

He now adds the British Farming Awards Agricultural Student of the Year 2021 Silver Award to his trophy cabinet.

He said: “It feels amazing to be recognised alongside the best young people in this fantastic industry at such a great event.”

Will took time out to visit this year’s awards from his current placement year, which he is spending on the McDonald’s Progressive Young Farmer scheme.

Dr Russell Readman, Course Manager for Agriculture at Harper Adams University, said: “An excellent student, it is great to see Will secure the Silver Award, particularly given that he is from a non-farm background and is only halfway through his course.

“Will’s success reflects well on both himself and on Harper Adams Agriculture students. An impressive individual and certainly one to watch out for in the future.”